Bollywood actor Sushant Singh Rajput committed suicide at his residence in Mumbai, India, around 1 pm on June 14. Police said after inspecting the scene of the incident that the actor had committed suicide, however, further investigation was started in this regard. The sudden death of the actor shocked his family, fans and friends, even the wife of one of Sushant Singh's cousins ​​passed away.

Sudha Devi could not bear the shock of the sudden death of Sushant Singh and breathed her last in Patna at a time when the actor's last rites were being performed in Mumbai. According to media reports, Sudha Devi had stopped eating and drinking after hearing the news of Sushant Singh's suicide. The actor's latest film “Dil Bechara”, a Hollywood film based on The Fault in Our Stars, will be released online.

According to a Filmfare report, the film is Mukesh Chhabra’s directorial debut and was supposed to be released in May but was not released due to the coronavirus epidemic. Mukesh Chhabra was a close friend of Sushant Singh and the two considered each other as brothers. In the film, Sanjana Sanghi played the lead role alongside Sushant Singh and expressed her grief over her suicide in an Instagram post.

. . You gave me a forever, within a limited number of days, and for that. I’m forever grateful. - our beloved novel, The Fault In Our Stars A forever of learnings, and of memories. I refreshed my web pages a 100 times hoping I’m reading some sort of horrible joke. I’m not equipped to process any of this. I don’t think I ever will be. I’m definitely not equipped to articulate my feelings, this is me failing, but trying. We were to save all our anecdotes and stories from the time we spent shooting together up until the release of our film, so we kept them in our stomachs till now. After 2 years of seemingly all the possible difficulties one single film can face, with all sorts of crap constantly being written, and being relentlessly pursued - we were supposed to FINALLY see watch it together - my first, and what you told me you believed was your best film yet. Amidst your journey, and in the middle of 16 hour long shoot days, you somehow found a way and had a desire to yell out to me from the opposite side of set screaming “Rockstar, itni achi acting thodi na karte hain paagal!” ; To guide me over things big & small through our film’s process, To tell me to conserve my energy on set; To discuss even the smallest nuance you thought could change the narrative of a scene and would whole heartedly accept my disagreement; To discuss ways in which we could together forge a brighter educational future for the children of India. You were a force Manny, and you always will be. We’re going to spend an eternity to try and make sense of what you’ve left us behind with, and I personally never will be able to. I simply wish you never left us behind in the first place. Just know, you have a country full of millions, looking up at you, smiling at you, thankful for you. As you smile back at us, from up above. The fact that you get to spend the rest of your time by your mother’s side, I know you gives the only happiness you wanted in the world. #RIPSushantSinghRajput 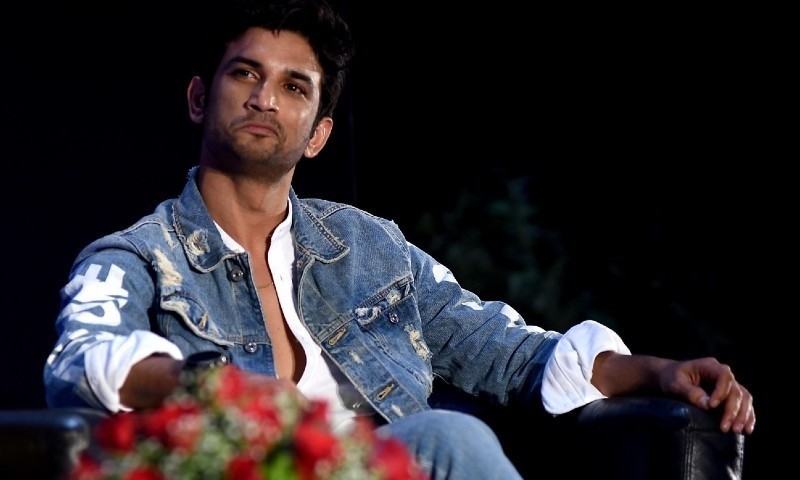 Sushant Singh Rajput started his film career in 2013, he has acted in only a dozen films so far. Sushant's first film was Kai Po Che! but he got his most fame from Aamir Khan's 2014 film PK, after which he won the hearts of fans with his stellar performance in the 2016 film MS Dhoni. It may be recalled that on June 14, the actor's body was found hanging from a trap at his home in Mumbai.

According to the report, the police while confirming the death of Sushant Singh Rajput said that the investigation so far shows that the actor may have committed suicide but it is too early to say anything in this regard.

The Indian Express also quoted police in its report as saying that the actor committed suicide at his residence on June 14 and police have started further investigation into the matter. The actor is said to have been suffering from depression and severe depression for the past few months and his depression has further increased in recent weeks.

Aamir Liaquat and Dania Shah's Shameful' Accusations Against Each Other