Model and actress Amna Ilyas, who has been criticized several times for sharing bold statements, videos, and photos, faced inappropriate words at the new photoshoot.

Amna Ilyas shared photos of the photoshoot in a red dress on Instagram on January 15, making her fans angry.

The model and actress shared three photos of themselves, in which people expressed displeasure over her style. 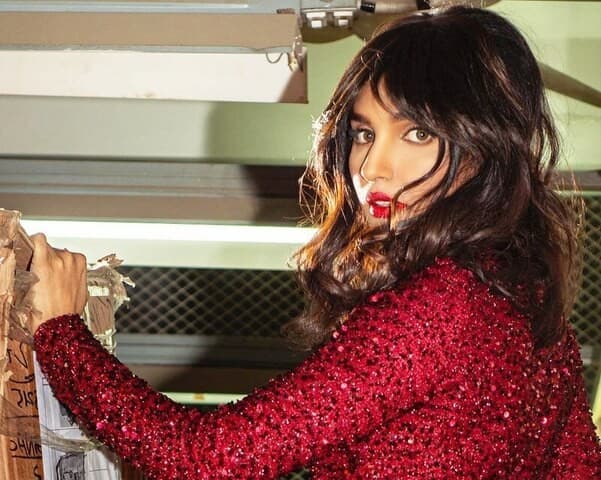 People who were angry with the model's dress and style advised Amna Ilyas to keep an eye on the traditions of Pakistani society. Some people used other inappropriate words for her, including 'shameless.'

Some people suggested that she should change her name or stop doing such photoshoots. 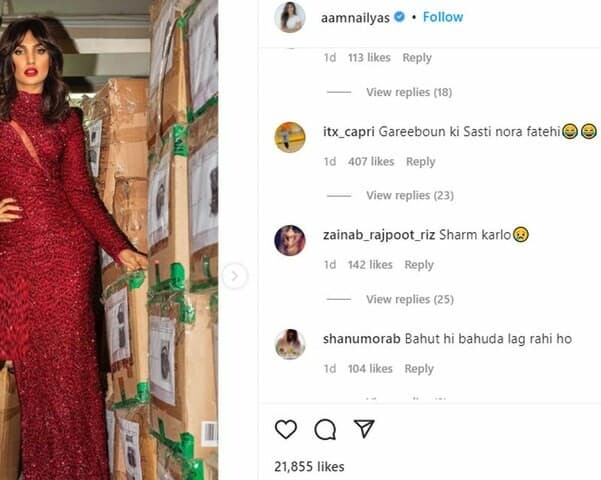 While fans criticized Amna Ilyas, many admired her style and dress and called her a 'supermodel.'

Like the fans, many showbiz personalities also praised him and appreciated his style. 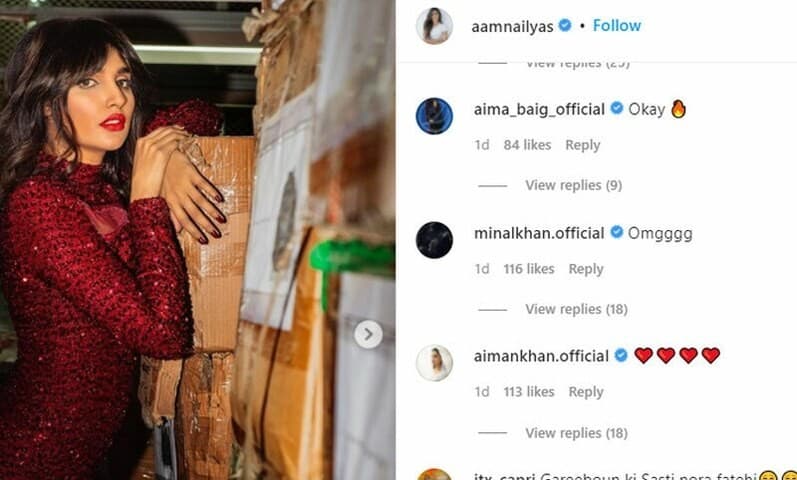 Content creator Hussain Piyart also shared the photos mentioned above of Amna Ilyas, and people there criticized the actress.

Make-up artist Arshad Khan also shared the photos of the model in a red dress on Instagram, and there was a mixed reaction to the photos.

Amna Ilyas is one of the industry's boldest and most outspoken actresses. She also speaks out on social issues, including violence against women and children and discrimination based on color, race, and gender. 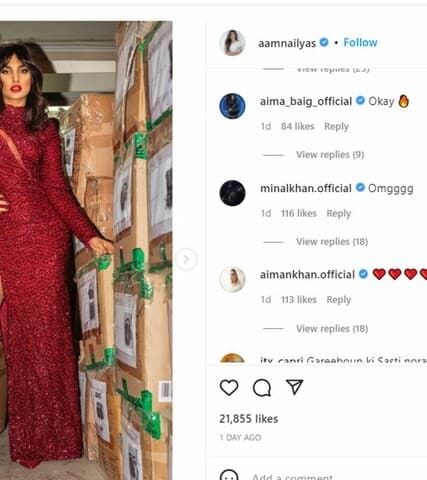 Waqar calls on Afridi and Gambhir to end the online war

Related Posts
Sofia, a Swedish princess, works in a hospital for patients with coronavirus
Humayun Saeed's Request to Cast Adnan Siddiqui in the Film.
More than 200 arrested on charges of inappropriate clothing and harassment
The film industry was not getting the attention it deserved
Remembering Madar-e-Millat Mohtarma Fatima Jinnah on her 51st Dea
Movie offering to Indian woman constable suspended for making Tik Tok videos
Shahid Afridi: Sudden social media campaign in favor of the former captain
Shoaib Malik's Photoshoot With Hania Amir After Ayesha Omar Went Viral