Actor Naveed Raza has claimed that young actress Alizeh Shah had insulted senior actors Yasir Nawaz and Humayun Saeed during the shooting of the play.

Naveed Raza along with fellow actress Maham Amir participated in Ahsan Khan's program 'Time Out with Ahsan', where he also talked about his career and private life. During the program, actress Mahim Aamir also talked openly about her personal life including showbiz industry and also told what she is going to do in future. 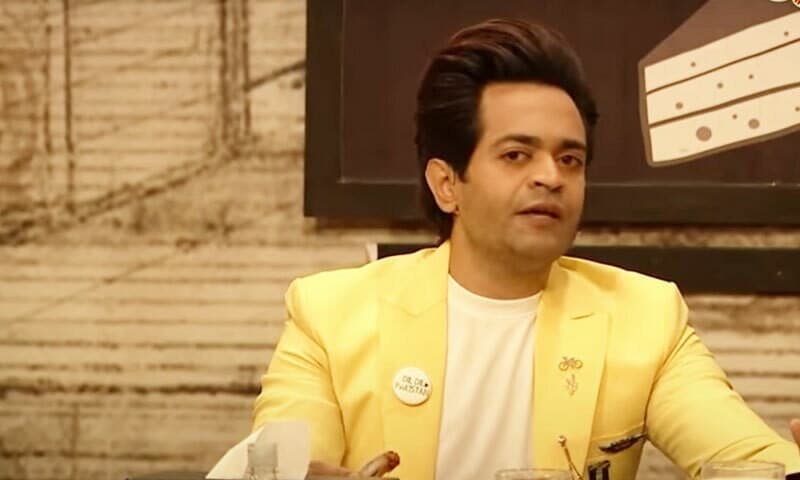 In one segment of the program, the host Ahsan Khan, without naming Alizeh Shah, asked Naveed Raza that in his own program, Yasir Nawaz had complained about the behavior of an actress and that you should also work with him in the drama. So, what would you like to say about Yasir Nawaz's statement?

On which Naveed Raza asked the host why he did not mention the name of the actress. On which Ahsan Khan said that his name was not written in the question given to him. Later on, Naveed Raza said that she was actress Alizeh Shah and during the shooting of the said drama, he misbehaved not only with Yasir Nawaz but also with the producer of the drama Humayun Saeed. 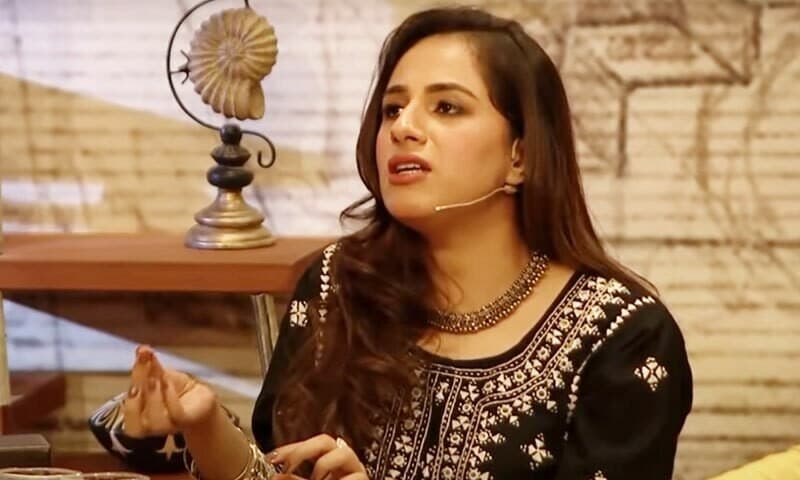 According to Naveed Raza, Alizeh Shah is also younger than actors Yasir Nawaz and Humayun Saeed and she is a newcomer to him, so in that sense she should not only have respected him but should have been proud that senior actors Promised to work with them. Talking about the shooting and scenes of the play, Naveed Raza said that Alizeh Shah went so far as to remove Yasir Nawaz's dialogues from the play and said that she would not shoot a scene with him on the said dialogues.

He narrated an incident in which he claimed that once Yasir Nawaz was running a dryer to dry his hair, he taunted the senior actor and asked him to walk away and change his chair. Talking more about Alizeh Shah, Naveed Raza said that he is still young, he has to go ahead in acting, what will happen to him if he behaves like this with seniors?

The actor said that instead of insulting Yasir Nawaz, Alizeh Shah should have been thankful that the senior actor had promised to work with him. He also claimed that Alizeh Shah had insulted Humayun Saeed and refused to co-operate with him in shooting the drama because of Corona. Naveed Raza said that even a person like Yasir Nawaz did not deny anything said by Humayun Saeed but Aliza Shah did not listen to him and even taunted him saying that he could not get him a job in showbiz but he could get it himself.

He said that Alizeh Shah should not bring his household affairs to work, however he did not elaborate further in this regard. It may be recalled that Alizeh Shah, Yasir Nawaz and Naveed Raza had worked together in the popular 2020 drama 'My Heart, My Enemy', which was produced by Humayun Saeed. In the aforesaid drama, Alizeh Shah had married Yasir Nawaz twice her age for the sake of wealth while the boy she loved becomes the husband of her husband's eldest daughter ie he becomes the son-in-law of Alize Shah.

Regarding the shooting of the said drama, Yasir Nawaz had expressed regret over the behavior of Alizeh Shah in Ahsan Khan's program in June 2021 and said that he would regret why he worked with her. Later, Alizeh Shah also reacted to Yasir Nawaz's statement and told Ali Safina in a video that if anyone insults her on the shooting set, she will do the same to him.

Alizeh Shah said that just like all the members of the family do not talk to each other, sometimes even during the shooting, some actors do not get along with each other. However, he did not elaborate on what Yasir Nawaz had done to him. Alizeh Shah has not yet responded to Naveed Raza's latest statement.

Related Posts
Justin Bieber and wife Hailey Baldwin made themselves quarantined
first Death anniversary of renowned actor Gulab Chandio
If Salma Zafar Was Not Get Paid Then Why Did She Work With Us for 7 Years?
Corona Virus: 'I lost two of my closest friends': Hassan Sheheryar Yasin
Eminent British actor Andrew Jack, Star Wars Hero, Dead Due to Corona virus
Farhan Khan Sherwani hit the internet as Pakistani Ranbir Kapoor
Amna Ilyas Faces Criticism Over 'Body Shaming' Video
Adil Rajput and His Wife Face Criticism Over False News of Death