Akon, an American singer born in the American city of St. Louis, is blessed with a Muslim family from the African country of Senegal.

Most people consider Akon to be a non-Muslim because the 44-year-old singer never spoke openly about his religion, but in the past, he has confessed in some interviews that he is not only a born Muslim but he is also on Islamic teachings. They understand the process as the secret to their success.

The 44-year-old singer, who has given at least 5 music albums, Akon is not his real name, but he is best known in the world of showbiz and music.

Akon has won several top awards, including winning the Grammy 5 highest music awards so far, and is widely praised for launching numerous welfare and social projects in backward continent Africa. 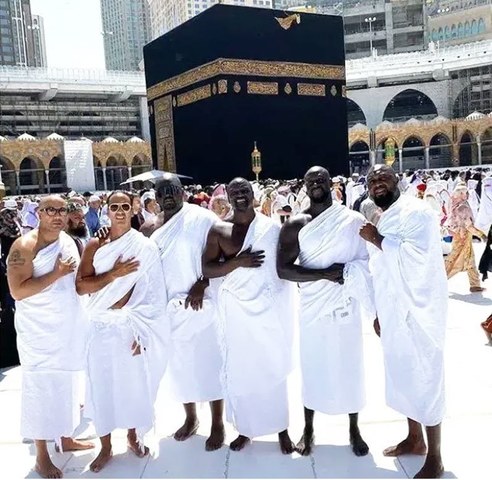 The singer along with his friends did Umrah - Photo: Twitter
Akon has also been working to provide electricity to at least a dozen countries in Africa, as they work to educate children in Africa on nutrition, education and women's empowerment.

Akon is in Makkah. pic.twitter.com/6sOiieoN8b

Akon is mostly known for making American songs in African style and most of his songs are in English but he has also sung in other languages including Arabic and Hindi.

However, many people are left wondering when photos of him receiving Umrah's greetings have gone viral worldwide.

The British newspaper 'International Business Times' reported in its report that Akon had recently performed musical performances there at the invitation of the Saudi government, and at the same time the singer received the honour of Umrah. 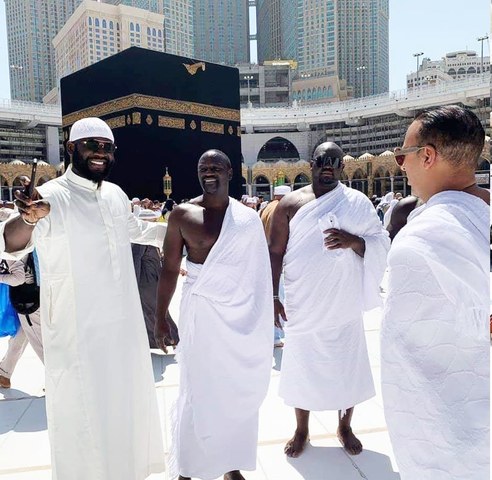 According to the report, Akon received Umrah with his close friends and made pictures and videos during Umrah.

Akon was quoted as saying that he does not speak to the media mostly about his personal life and family, but he has admitted that he has 6 children with 3 wives and is living a normal life.

Without Iran, no solution to the Afghan problem would be possible

Related Posts
Iran's 'Angelina Jolie' infected with Coronavirus
How was the Year of 2019 for Pakistan Film Industry?
Islahun Khatun (Gülsim Ali İlhan) and Ayeza Khan Will Be Modeling for Maria B.
Aamir Liaquat criticizes the bold image of Mehwish Hayat
CBI Probe Into Shant Singh's Suicide
When will Ahsan Khan's drama 'Bandhe Ek door Sy' will come?
Megha invites Meera on the feast spent a lot of time together
Ghana Ali Got Married Simply on May 16