She is the first Pakistani actress to be followed by 5.9 million fans on Instagram, surpassing all other actresses in the entertainment industry.

Before Aiman Khan, the award went to Mahira Khan, which is currently followed by 5.8 million fans. 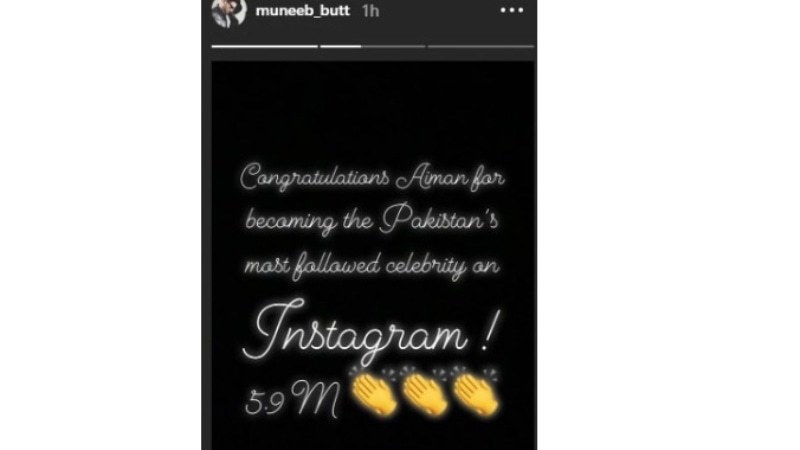 Apart from Aiman, his twin sister actress Manal Khan is also not far behind in this race. The number of her fans on Instagram has reached 4.9 million so far.

Aiman Khan's husband actor Muneeb Butt also congratulated her on being the most followed on Instagram.

In his Insta Story, Muneeb Butt wrote that Aiman is the most followed person in Pakistan.

On the other hand, actress Aiman Khan also thanked her fans on social media after receiving the award.

Thanking the fans, Aiman also shared a beautiful photo with his daughter Amal.

She often shares photos of her daughter with fans as well as romance photos with her husband Muneeb Butt.

If we take a look at Aiman Khan's career, the actress started her career with the 2012 drama 'Mohabbat Bhar Mein Jaaye'.

He is currently taking a break from his work.