The Turkish drama "Dirils Ertugrul" is gaining popularity in Pakistan and the number of Pakistani fans of the actors working in it is also increasing.

Over the past three weeks, Pakistani drama fans have commented on the social media accounts of 'Halima Sultan' i.e. Esra Bilgic in her praise.
And people seem to meet them and invite them to come to Pakistan.

Now 2 more actors who have played important roles in this drama have also expressed their desire to come to Pakistan.

Speaking to Independent Urdu, Cavit Çetin said that he was grateful for the love he received from Pakistan and was happy that the drama received such a good response in Pakistan.

In response to a question, he said that Pakistan is his second home.

He said that he would come to Pakistan soon, during which time people would stay at home and watch Ertugrul Ghazi.

Born in Istanbul on February 21, 1986, Cavit Çetin 's life has been very difficult and he did menial work for educational expenses such as selling water, working in a bakery, being a janitor, and others. He worked in the first commercial in 2003 and the same year started acting with a play.

In 2014, he played the role in Ertugrul, And in the interview, he said that he also received swordsmanship training for 6 months.

Hello Pakistani fans! How thoughtful of you! Thanks a million for your supporting messages and kindly comments . 💐 Your precious compliments make me very happy. I’ve never been in Pakistan before but I hope one day I’ll be there to meet with you after this pandemic period. Till that day take good care of yourselves. Stay in peace and health. 🤲🏼 Wish you all the best from #Turkey , #istanbul and Last but not least “Pakistan Pakistan, cive #pakistan “ 🇵🇰 🇹🇷

Hello Pakistani fans, thank you very much for your messages and comments, your valuable words have made me very happy, I have never seen Pakistan before but I hope to come and meet you one day after the epidemic '

"Until then, take good care of yourself. I wish you all the best from Istanbul," he added. 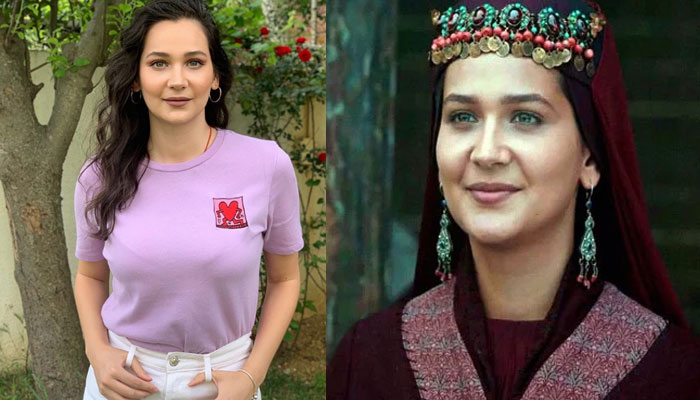 It should be noted that various Turkish dramas have been broadcast on Urdu channels with Urdu dubbing in Pakistan for many years, but the popularity of 'Ertugrul Ghazi' is unprecedented.

All the actors working in this drama became so popular in Pakistan overnight that their fan following is increasing day by day.

Related Posts
The Indian Actress Died After Talking About Death in a Social Media Post
The Arrival of a Little Guest at the House of Hamza Ali Abbasi and Nemal Khawar Khan
Amber Heard Married Me With Agenda and Amassed Wealth and Fame, Johnny Depp
Momina Mustehsan came out in support of Aliza Shah's criticism
Bollywood actresses arrested for 'prostitution' business
How did Danish Taimoor make a marriage offer to Ayeza Khan?
Ipl 2021 Has Been Postponed Due to Coronavirus Outbreak
How to avoid Corona? Ali Gul Pir's Message in Sindhi