Duffy, 35, an award-winning British singer-songwriter in the world of music, has revealed that he was detained shortly after his abduction, where he was 'raped' by drug addicts.

Singer Duffy's real name is 'Aimee Anne Duffy' and she has won other awards including the Grammy's highest musical award.

Duffy gained fame when his song 'Mercy' became quite popular in 2008.

Duffy's aforementioned song hit the US and Europe in a very short period of time and sold over 5 million copies of the same song.

The singer's second album 'Andersley', which has already reached the heights of fame with music albums, came out in 2010, after which their third music album could not be released. 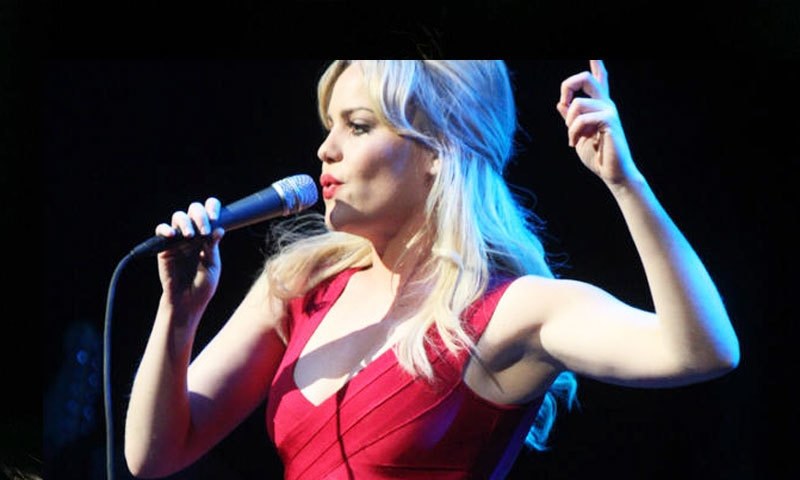 British singer gains popularity in a short period of time - File Photo: AFP
After two successful music albums, Duffy tried his luck in acting and his first film, "Patagonia," appeared in 2010, before he even worked on a TV series.

Duffy's second film, 'Legend', was released in 2015, after which he was seen working on some music and film projects, but no film and music album has yet been revealed.

Singer Duffy has been spotted away from the world of glamour and showbiz for a long time and now she's amazed everyone by posting a post on her Instagram.

Duffy shared his photo on his official Instagram, revealing that he was imprisoned shortly after the abduction, where he was drugged and 'raped'.

The news agency 'Associated Press' (AP) reported in its report that although the singer did not say who and when he was raped and raped, he revealed that the incident happened some time ago.

The singer said it took her some time to recover from the trauma of being drugged and 'raped' during her imprisonment, and now she's fine, which is why she has come out to the public and fans.

According to Duffy, after he was imprisoned and raped, he repeatedly asked himself why he should go public with a broken heart and a low motive.

As well as answering his question, he wrote that he had decided that he would not go in front of the fans with tears in his eyes, so it took him a while to get through the trauma. 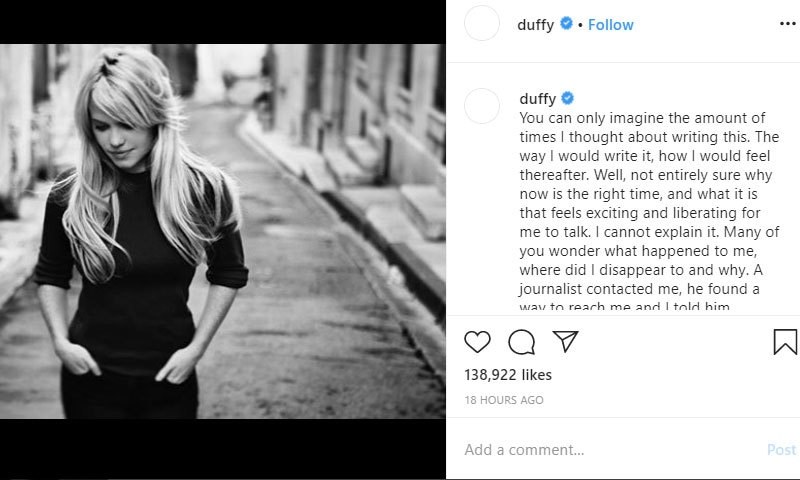 The singer said that it is possible that some people may not be convinced of them and that there may be a lot of questions in your mind, but she will soon answer all those questions in an interview.

According to him, he was approached by a journalist after the incident, during which he spoke on all matters related to his abduction, imprisonment, drug addiction and rap.

The singer said that the aforementioned interview would be published soon.

Although the actress did not specify when she was abducted, her words indicate that a horrific incident may have happened to her 2 to 3 years ago.

Singer Duffy has been seen in public places since 2017, much less. 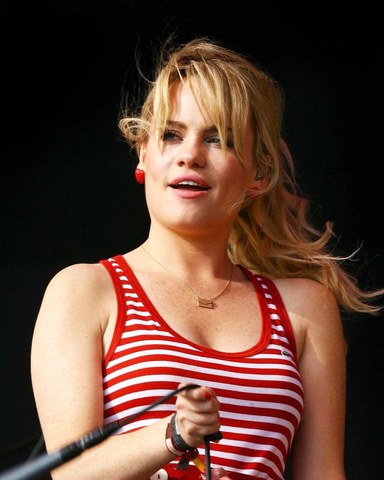 According to singer Duffy, she will explain more details about the rap and incarceration soon - Photo: AFP

Decision to provide uninterrupted supply of electricity during Sahar and Iftar, Taraweeh prayers