Islamabad: Actress Nadia Jamil has returned to the screen with the drama serial "Damsa". 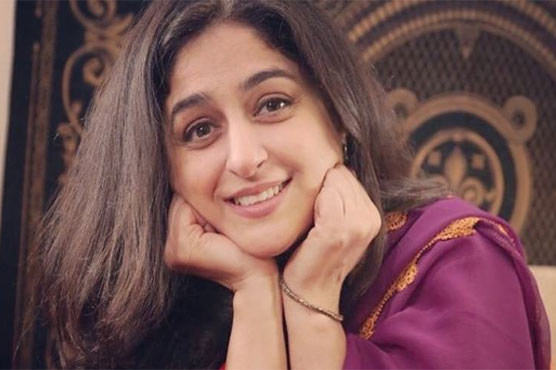 According to the media report, a teaser of the drama serial "Damsa" directed by Najaf Balgur has also been released. The drama is based on the smuggling of children, written by Asma Nabil.
The cast of the play includes Nadia Jamil, Shahood Alawi, Saleem Miraj and child artist Eman Khan, the play's producer Wajahat Rauf.
It should be remembered that Nadia Jameel has shown the essence of acting in several productions under private productions including Pakistan Television, she was away from the showbiz industry for a while, but now she has come back low.

Related Posts
We Are Responsible for the Decline of Pakistani Dramas, Noman Ijaz
Us Visas Issued to Omar Sharif and His Family
Three months after wearing the ring, Manal Khan got engaged
YouTube announces the release of the documentary on Justin Bieber's life
Rachel Viccaji also got married
Aliza Shah Responds to Critics of Wearing Bold Clothes in 'Badnamiyan'
Bilal Maqsood's Satirical Comment on Junaid Safdar's Singing
Ali Gul Pir told Why I make the song against women Strayers