The actress, who had been stranded in the US for at least a month, arrived home on May 13 on a special flight from the US with dozens of Pakistanis.
And they, like all passengers, were quarantined for precautionary measures.

In April, Meera released a video from a hotel in New York City, USA, in which she told about being trapped there and also appealed to the government of Pakistan.
Arrangements should be made to repatriate them because they do not want to die in New York from Corona.

Meera went to the United States at a time when the Coronavirus epidemic was in full swing and there were 1,500 to 2,500 deaths a day. 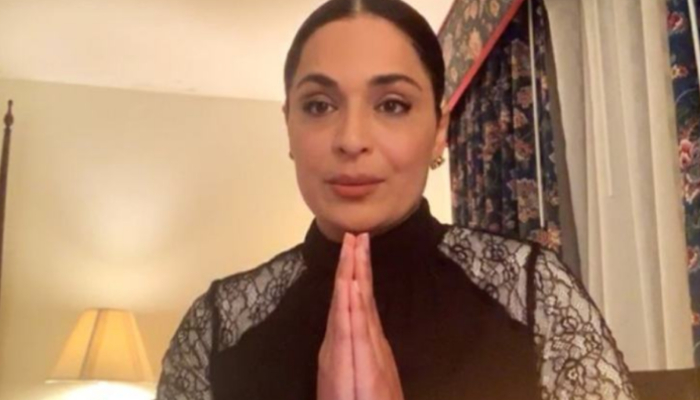 She had appealed to the Prime Minister through video to make arrangements for her repatriation from New York.

Addressing Imran Khan, she said, "The Prime Minister always supports artists. Countries around the world are taking their citizens back home."
And asks him to make arrangements for her repatriation. She wants to come back to her homeland and die.

However, Meera remained in New York for about a month, during which time they released other videos and informed the fans about their well-being.

A month later, she, along with other Pakistanis, arrived in Lahore from New York on a special flight of Pakistan International Airlines (PIA) on May 13 and was quarantined like other passengers upon her return home.

She and other passengers were also tested during the quarantine.

Actress Meera also shared a video on Instagram regarding her Corona test, in which she appeared with the students returning home from New York.

The students in the video with her said they were in quarantine for two days, during which all of them underwent corneal tests, which fortunately turned out to be negative.

Related Posts
Showbiz Artists Demand PM Imran Khan to Unban PUBG
Katrina, Priyanka and Alia Bhatt Ready to Appear Together in the Film 'ji Le Zara'
Looking forward to watching a movie on my life, Sania Mirza
The waterfall started flowing UPSIDE DOWN: the video went viral
Mahira Khan declared as the fourth attractive woman of 2019
Mawra Hocane calls for execution of 8-year-old Hooz Noor killers
Mohsin Abbas Haider submitted a response to the ex-wife's claim for expenses
What does Rumi Of “Mere Pas Tum Ho” want to be in the future?