Although Bollywood 'Bay Bo' Kareena Kapoor and her husband are also famous, their son Timur Ali Khan left them behind in fame. However, it seems that the rule of Timur Ali Khan is coming to an end soon, as Saif and Kareena are expected to have a new little guest.

For the past few weeks, there have been rumours in the Indian media that Kareena Kapoor is hopeful again, as she was spotted with extremely loose clothing and extra weight during the lockdown in India due to the coronavirus. There were reports that Kareena Kapoor is in the early weeks of pregnancy but such news was also rumoured by Kareena Kapoor's father Randhir Kapoor. 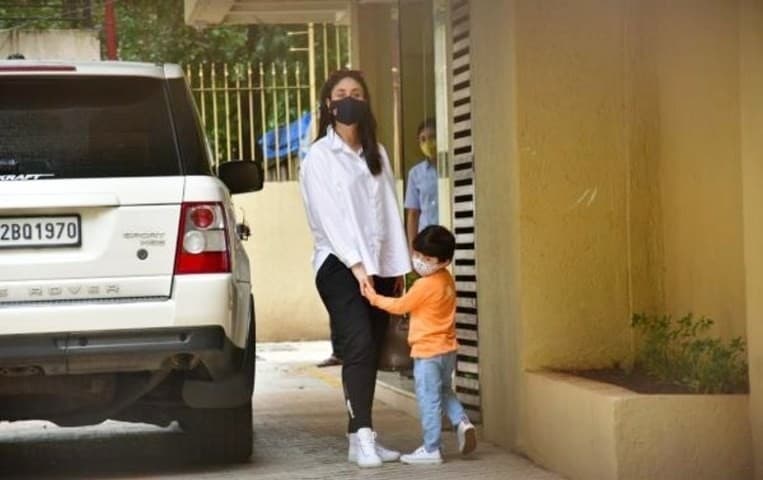 News of Kareena Kapoor's optimism spread at a time when she was busy shooting for the upcoming film Lal Singh Chadha with Bollywood Mr Perfectionist Aamir Khan. Due to the busy schedule of shooting in the film, there were rumours that the actress would keep the news of her pregnancy a secret for now. However, now Kareena Kapoor and Saif Ali Khan have confirmed that a new person is expected to visit them soon. Indian newspaper DNA India reported that Kareena Kapoor and Saif Ali Khan confirmed in a brief statement to the media that Timur Khan is going to be a big brother.

The actor couple thanked the fans for their good wishes and also asked for prayers from the fans. However, the two did not specify in the statement how long they expected a new guest to arrive. Showbiz website Pink Villa also reported that the two confirmed in a brief statement to the media that a new member was about to be added to their family. According to Punk Villa, it is believed that Kareena Kapoor would like to complete the shooting of the film Lal Singh Chadha with Aamir Khan as soon as possible, as she may face difficulties with the increasing days of pregnancy.

Interestingly, Kareena Kapoor had made it clear in an interview with the media in late 2019 that she and Saif Ali Khan do not need any more children and she is happy with Timur Ali Khan. The actress had categorically denied wanting more children in the interview, but now she is hopeful and has thanked the fans for their good wishes. It may be recalled that Saif Ali Khan was married in 2012 and their first son, Timur Ali Khan, was born on December 20, 2016.

There are reports that Kareena Kapoor is likely to give birth to her second child in the first quarter of the next year 2021.

The senator was expelled from the party