Actress Eman Suleman married quietly
Imran Suleman, who quickly debuted the upcoming movie 'Jeevan Tamasha' and voiced his brave style and equality for women, surprised everyone by marrying as soon as the new year begins.

It was already clear that she would be tied to the wedding before the release of her debut film, Jeevan Tamasha.

Iman Suleman surprised his fans by engaging in artist Jamil in November 2019.

The actress also announced the engagement and posted in her post that they both planned to get married as soon as possible, but she did not specify how long they would get married.

Confirming the engagement, Iman Suleman wrote in his Instagram post that "while living in Pakistan, they would not be able to live with a male friend without marriage and their parents would be angry at such an act, so they would soon Make your fiancée your eyelashes. '

The actress announced shortly after the engagement, saying, "Some people get married to change their love and some people love to get married, some people want to end loneliness and get married." However, they will marry to make haram lawful. '
And now they marry and surprise everyone.

Faith Suleman informed her wedding fans via her Instagram post and shared a photo with her husband saying 'now they have become eyelashes for each other'. 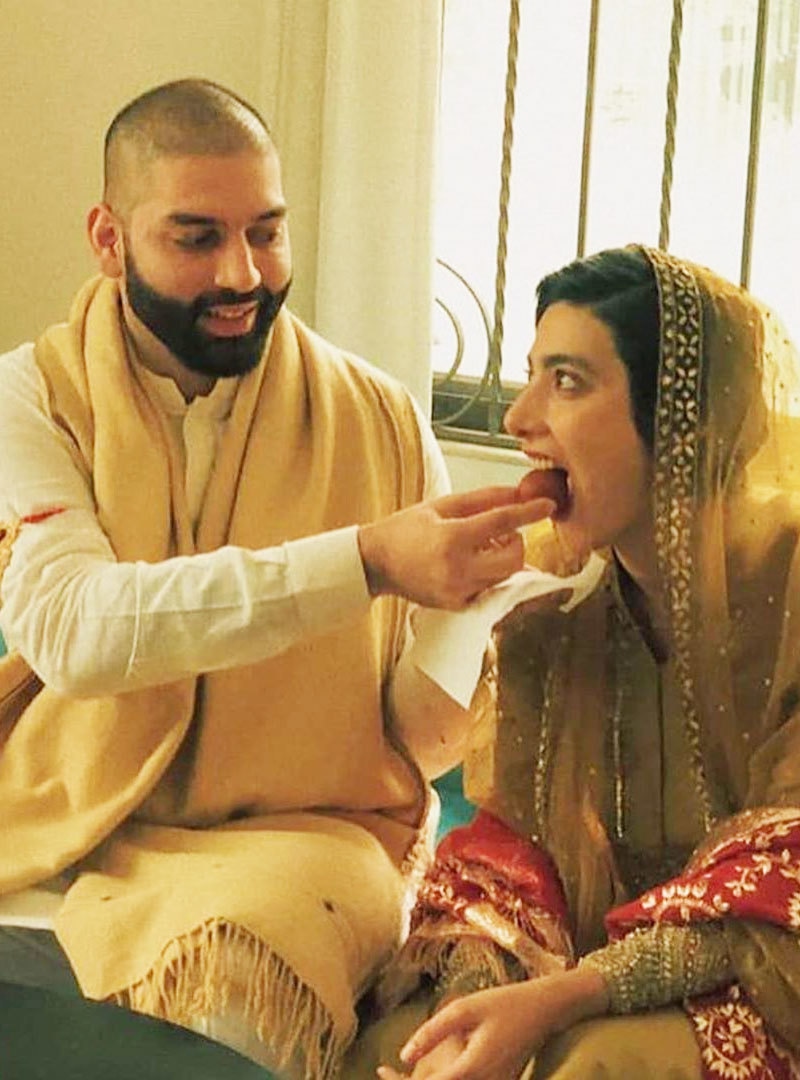 The actress shared the wedding photo and wrote that she now became an eyeliner - Photo: Instagram
Iman Suleman shared his wedding photo on December 5, writing that 'now that they have become mahram for each other, now anyone should try to stop them'.

After the actress shared the wedding photo, several celebrities greeted her and wished her the best.

Related Posts
Egypt: Action against Principals and Teachers for showing 'Belly Dance' to students
Actress Rubina Ashraf has confirmed Corona
Dia Mirza spoke openly About separation from her husband Sahil Sangha
Rumors of engagement of Asim Azhar and Merub Ali
Signing the 'Ehd-e-Wafa' it looked like the axe on my foot, Zara Noor Abbas
A glimpse of a rare brown bear in Spain after 150 years
The first episode of 'Isolation' Saba Qamar's YouTube channel has come out
Believe Me, Real Life Begins After Death, Hamza Ali Abbasi