Social networking site Twitter in one of his tweets, actor Vasay Chaudhry announced that he was suffering from this disease. Vasay Chaudhry wrote that he tested positive for COVID-19 and isolated himself. The host and actor wrote that apparently, they have no symptoms of Corona.

I have tested Positive for COVID-19 and self qurantining. I have No https://t.co/m8HGRPRs7A family tested Negative,alham du lillah.
I have already notified ppl i have come in contact with recently to get themselves tested & self isolate,if need be.

Vasay Chaudhry also said that thank God his family's tests were negative. "I have already informed PPL. I have contacted them recently so that they can be tested and isolated if necessary," the actor said. 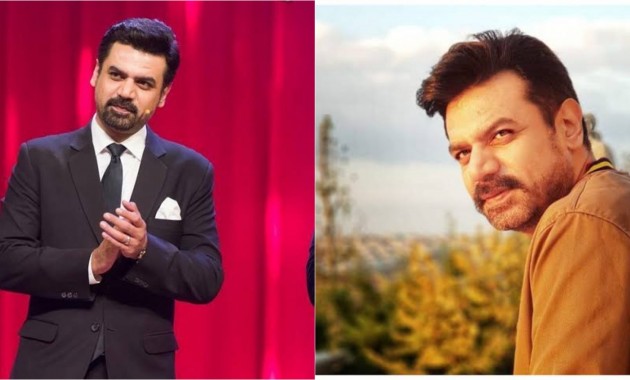 Journalist Amna Isani also tweeted good wishes to Vasay Chaudhry, saying, "Vasay, I hope you will get well soon and Corona will not affect your sense of humor." You have a lot of work to do right now.

In addition, Vasay Chaudhry's fans and Twitter users also prayed for the actor's speedy recovery and expressed their best wishes.

In addition, the drama serial Mera Dil Mera Dushman Actor Naveed Raza was also suffering from an epidemic that was confirmed by the actor on social media that on the first day I felt dehydrated with headache and body aches while the next day I also felt weak with fever. I started to feel it but with it, I did not get flu or sore throat. The condition remained the same on the third day and after that, I had my corona test which came positive. TV host Shafaat Ali and actress Rubina Ashraf's corona test came positive and since then they are in isolation.

Without Iran, no solution to the Afghan problem would be possible

How did Fahad Mustafa change so much?

I Was Not Allowed to Wear a Saree, Mushk Kaleem

Documentary Based on Lady Diana's Archive Video Ready for Release