If you are fond of gardening, watching your favourite plants grow as your love and attention is helping to keep them alive.

But a woman in the US state of California was shocked when she discovered that her 'ideal' plant, which she had been caring for 2 years, was actually made of plastic.

According to Sally Walkes, 24, she received the Plant as a gift when one of her plants died.

So that's why the woman did her best to keep her healthy.

Placed the plant in the kitchen window and prepared a watering scheme, but took several steps to save it.

The woman wrote in a Facebook post, 'If anyone tried to give it water, I would have taken a protective approach because I wanted to take good care of it'.

And during those months, his hard work seemed to be rewarding, 'I was worried about this plant, it was full, beautiful colours, I loved it'.

But that all changed when they decided to move the plant to a new herd in the last days.

"I decided that it should be transplanted, I found a very beautiful flowerpot for it, I pulled it out of its plastic container, and I realized that the plant was not real," she said.

When they pulled out the plant, they found it was placed on polystyrene plastic and sand was glued to it.

She said, "I loved this plant very much, I washed its leaves, tried my best to take care of it and it was made entirely of plastic, why did I know about it?" No, I think I have spent the last 2 years lying. '

When they found out, they were laughing with tears and this discovery was even more surprising because of this plant they decided to take care of more plants.

His post went viral and was reported in media around the world.

However, the woman did not intend to throw away this plastic plant but still has it decorated in a new barn in the kitchen window. 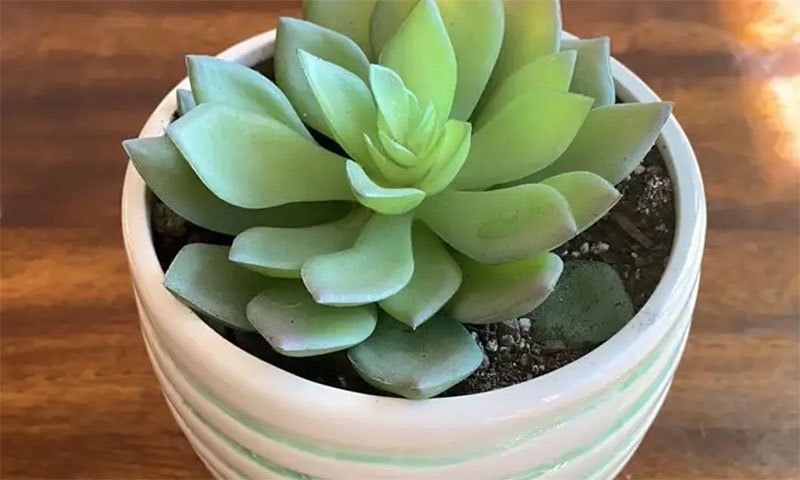 Tanveer Jamal Lost the Battle of Life With Cancer

Ushna Shah a victim of OCD

Momina Mustehsan came out in support of Aliza Shah's criticism