According to African media, campaigner Vernon Kruger hit a pole 25 meters high on the ground, hitting a barrel of water, Vernon has been living in it for two consecutive months, breaking his own record set several years ago. 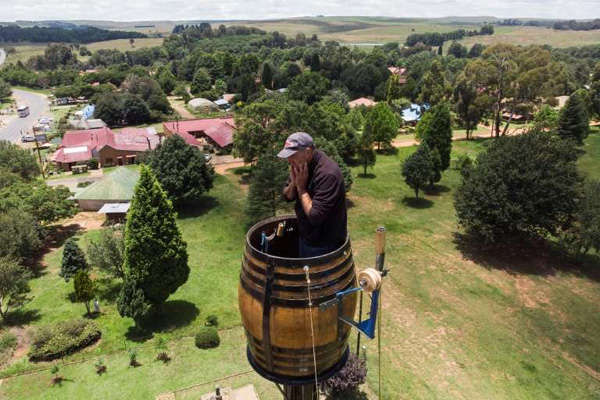 For the expedition Vernon Kroeger, this wine drum is now the living room where he lives barely and because of space constraints, he suffers from bone and waist pains throughout the day as he does not stretch his legs while sleeping.

Kroger said it's easy to sit in the drum but it's difficult to sleep in such a tight position, 'according to Vernon Kruger, they have to sleep in the exact same position as the baby in the mother's womb in a collapsed position. They slip through a hole and descend through a pipe, their team at the bottom brings them water and food through a bucket. 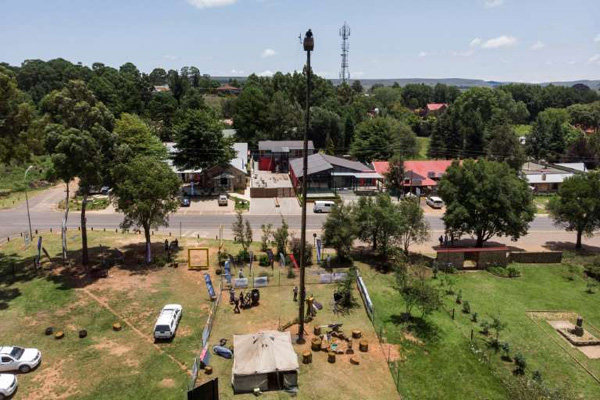 Kroger came to think of it while on vacation as he climbed a palm tree. Vernon wondered if anyone could spend time sitting in a box in a high place? This record was previously set in Indonesia.

In the past, they have set a 54-day record of sitting in such a drum. This time they want to set a 67-day record for sitting in a drum.

Related Posts
A Glimpse of Designer Hsy's Debut Role Came to Light
Sonia Hussain gives Reason for Rejecting Mere Pas Tum Ho
FIA denies harassment to Hareem Shah and Sundal Khattak
Flight is being arranged for Pakistanis stranded in Thailand
Children Refuse to go to the picnic, parents took the Wi-Fi router with them
Amber Heard Married Me With Agenda and Amassed Wealth and Fame, Johnny Depp
Actress Fiza Ali Is Angry With Many People Over 'pairing of Names'
On the Death Anniversary of Edhi Sahab, Let us remember his effor