A new debate has erupted among experts after a rare brown bear, one of the endangered species was spotted in a forest in the European country of Spain for the first time in a century and a half.

The brown bear has been listed as endangered by several countries, including Spain.
However, these bears were not included in the endangered species.

In Spain, the brown bear was added to the list of animals that need special government protection after 1970.

There are no final figures for the number of brown bears in the world, but it is estimated that there will be between 1,50,000 and 200,000.
And these animals are found mostly in some European countries, including the United States and Eurasian countries.

The brown bear is actually a species of bear and the most important species of bear is considered to be the polar bear, which also has the distinction of being the largest predator.

The brown bear is on the verge of extinction in many parts of the world and has not been seen in many countries and regions for the last one and a half to two centuries, including in the European country of Spain, where it was last seen at 19. Seen before the 20th century.

But now the brown bear has been spotted in Spanish territory 150 years later.

The British newspaper The Guardian recently reported that the brown bear was spotted 150 years later in northwestern Spain, and a production company that secretly recorded videos of animals in the area released a video of it.

According to Zeitun Films, a production company that records animal videos, the brown bear was spotted a century and a half later in a rugged area of ​​the Spanish province of Galicia, home to a wide variety of animals.

According to the production company, the brown bear seen in Spain is between 3 and 5 years old and is a male bear, which was first seen in the area.

Animal rights experts are shocked to see a glimpse of a brown bear 150 years later in Spain, but many experts have also expressed happiness over the presence of a rare breed of a bear. 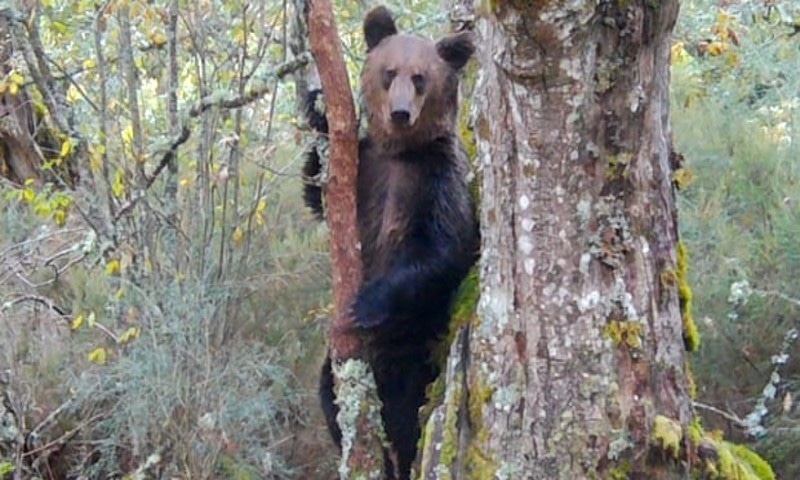 It is too early to say how the bear got into Spanish territory, but experts will soon begin an investigation.

In the video released by the production company, the brown bear can be seen playing and looking for food to satisfy his hunger.

Instead of Hanging 'Rape' Accused, Their Limbs Should Be Amputated, Says Bushra Ansari