According to the Dawn newspaper, an FIR was registered against the suspects on the orders of a special FIA court. Meesha Shafi, actress and host Effat Umar, Lena Ghani, Fareeha Ayub, Mahim Javed, Ali Gul, Hazeem-ul-Zaman Khan under section (1) 20 of the Prevention of Electronic Crimes Act (PICA) 2016 and R / W 109 of the Pakistan Penal Code. A case has been registered against Hamna Raza and Syed Faizan Raza.

An official told Dawn that the investigating officer must obtain prior permission from a special court to arrest the suspects because it is a "crime inviolable by the police" (a crime the police cannot arrest without a warrant). According to the FIR, the suspects were repeatedly summoned by the FIA ​​Cyber ​​Crime Wing to defend themselves but the action was initiated against them for not appearing.

It may be recalled that in November 2018, Ali Zafar had lodged a complaint with the FIA ​​Cyber ​​Crime Wing in which he alleged that several social media accounts were posting 'insulting and threatening material' against him. He also provided details of his Twitter and Facebook accounts in support of his claim. 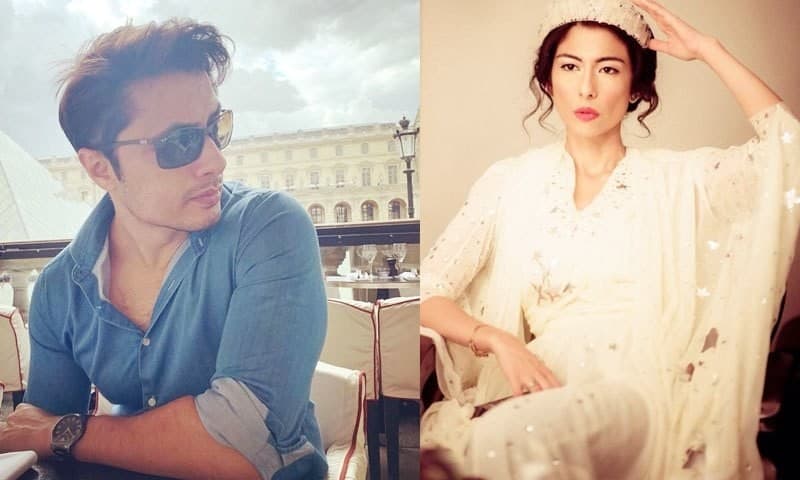 Ali Zafar had alleged that in April 2018, weeks before Meesha Shafi's allegations of sexual harassment, several fake accounts had launched a vicious campaign against the singer. The singer and actor had said that most of the fake accounts were allegedly linked to Meesha Shafi.

He had told the FIA ​​with the documentary 'Evidence' that a Twitter account named 'Nehasaigol1) made 3,000 insulting tweets against me and my family in a year while this account belonged to Meesha Shafi. It was made 50 days before the sexual harassment allegations.

In December 2019, Meesha Shafi appeared in the FI with her team of lawyers. The FIR states that Meesha Shafi had failed to produce any witnesses in support of her (sexual harassment) allegation against Ali Zafar. According to the FIR, Lena Ghani was also summoned but she did not appear and sent a written reply on which dissatisfaction was expressed.

It was further stated that Lena Ghani was involved in posting insulting material on Twitter against the complainant on April 19, 2018. According to the FIR, Fareeha Ayub and Mahim Javed were also summoned four times but they did not join the inquiry.

According to the FIR, Syed Faizan Raza had recorded his statement in which he had said that the allegations leveled against Ali Zafar through tweets were 'based on public opinion'. However, dissatisfaction was expressed over his statement.

Why is it important to use carrots in winter?

Related Posts
When the welfare hospital was not built, Meera Ji started blaming to team
Best Entertainment Pictures of 2019
Children's stories are now being broadcast from space
Osman Khalid Butt Denied Rumors of His Marriage
Shaheen Afridi Private Part Video Leaked by Hareem Shah
Madiha Rizvi Had Planned to Run Away After Marriage on Her Wedding Night
Ayyan Ali's First Music Album Release After the Announcement of Her Return to Showbiz
We Will Make Our Own Money Heist : Humayun Saeed