Maria B Angry on Photoshoot of Indian Dresses in Pakistan 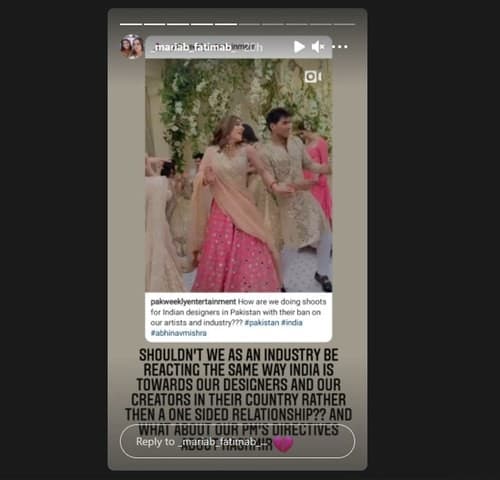 He asked in his various stories why we as an industry do not react in the same way as Indian designers do and they prevent Pakistanis from coming there. At the same time, he raised the question of what orders the Prime Minister would now have in the context of the Kashmir issue when Indians work here. He also shared screenshots of tweets and Instagram posts by various actors and journalists on the issue.

Maria B initially shared a surprise emoji while commenting on the video-sharing of the photoshoot by Dua Butt, after which she shared Instagram stories on the issue. In the photo shoot that Maria B objected to, Pakistani models modeled for fashion designer Abhinav Mishra's outfits, while photography was also done by a Pakistani-born photographer. Abhinav Mishra also shared photos of the photoshoot on Instagram and thanked the four sisters for modeling, but he did not make it clear that the photoshoot took place in Lahore. 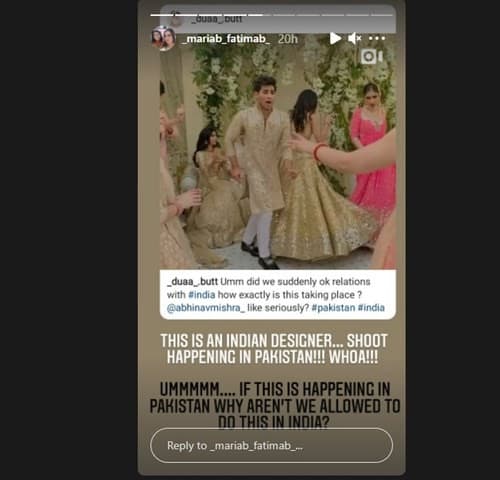