Leading singer Atif Aslam has thanked his wife, Sara Bharwana, for wearing fashionable clothes for the official anthem of the seventh edition of Pakistan Super League (PSL) and termed her as the most beautiful 'wife.'

The official anthem of PSL 7, 'Aage Dekh' sung by Atif Aslam and Aima Baig, was released on January 24 viewed 3 million times on YouTube so far.

For the first time, Atif Aslam evoked the magic of sound in a PSL anthem, and while fans praised his singing, they also appreciated his fashionable outfit.

After being praised by fans for his outfit, the singer revealed on Instagram that his wife Sara Bharwana was behind his style.

Atif Aslam shared his photos on Instagram after 'Aage Dekh' and told the fans that the choice of dress worn during the PSL anthem was his wife's.

Atif Aslam jokingly wrote that apart from his wife's choice to marry him, all the fashion sense has been incomparable.

The singer wrote that his beautiful wife did his style during the PSL anthem, for which he also thanked his wife.

Commenting on Atif Aslam's post about his wife's confession behind his style, his fans also praised Sara Bharwana and wrote that not only 'Aage Dekh' is the best, and the singer's style is excellent.

Sara Bharwana and Atif Aslam were married in 2013, and their first son 'Ahad' was born the year after their marriage.

The couple had their second son in December 2019. 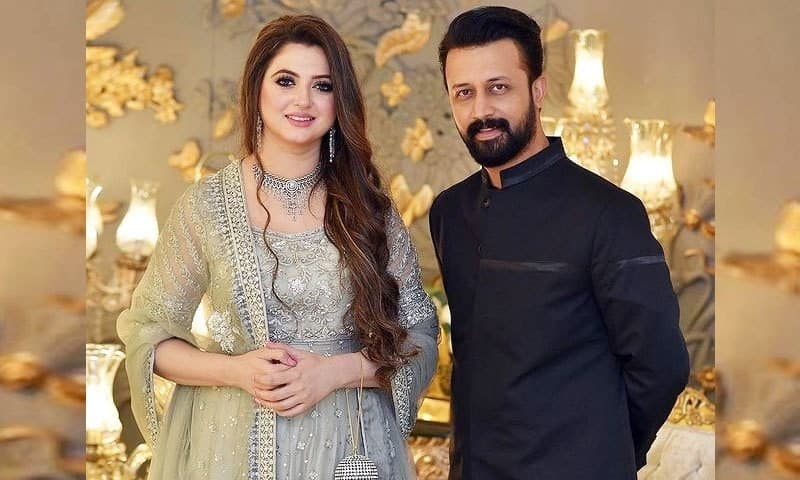 Related Posts
Alpha Traders Offering Comfort and Convenience Fashion Products
Why to Shop Dungaree Dress for Girls Online?
Atif Aslam Appreciates the Choice of Wife for Fashionable Clothes.
How to Feel Better About Your Fashion Choices?
Best Hair Straightener You can Buy in Small Budget
Suggestions to Wear Floral Dresses Properly
Can A Woman Wear A Men’s Fragrance
Fans get excited after watching the bold photoshoot of 'Halima Sultan'