Zhalay Sarhadi was born on 11th June 1981 in Karachi Sindh Pakistan. She is a Pakistani actress, model, and VJ. She has been a part of the Showbiz industry since 2008. She has won the hearts of millions of peoples with her smile and her charming personality. She has established her name in the industry. She is always seen doing supporting roles. 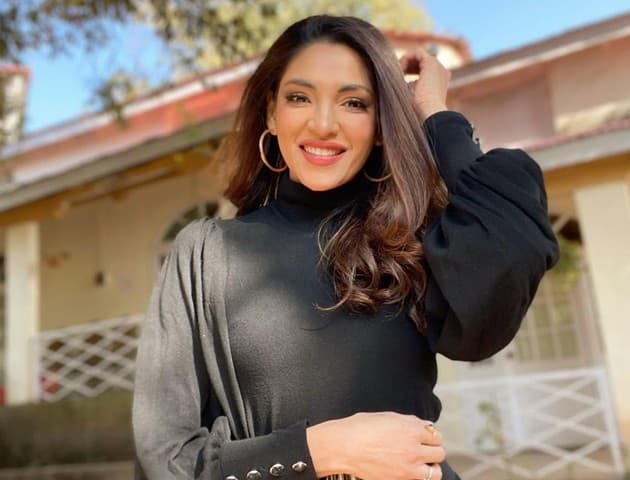 She also worked in the Lollywood film "Ramchand Pakistan" in 2008, with Maria Wasti, Nauman Ejaz, Adnan Shah, and others. In 2015, she again appeared in the film "Jalebi" with Danish Taimoor, Sabeeka Imam, Uzair Jaswal. In 2017, she again became a part of another film "Chalay Thai Saath '' with Syra Shehroz, Mansha Pasha, and a Chinese actor Kent S. Leung.

Zhalay was born to a talented family. She is the granddaughter of Zia Sarhadi (A Pakistani director and screenwriter of the film in the Indian Film Industry). Her Uncle Khayyam Sarhadi (A Pakistani actor). She married Amir Anees in 2012. The couple is blessed with a daughter Anaya.

Zhalay Sarhadi will be seen in an International Project:

Pakistani actress Zhalay Sarhadi clarifies her statement regarding the appointment of Esra Bilgic who plays the role of Halima Sultan in the Turkish drama Ertugrul Ghazi, as the Brand Ambassador of the Pakistani brand. She said that no one listened to me. She said that we are happy that the concept-based drama on Islamic concepts was played on the Pakistani channels.

She said that in a recent interview she said that "We have a slap on our faces if we ask an outside celebrity to become an ambassador of the country's brands. She further adds that this slap means we didn't focus on our artist and talent. She said that this statement became viral everywhere and everyone started blaming me without listing my perspective. She said that my statement means that we haven't noticed our artist, that's it.

Zhalay Sarhadi is a famous actress. She has a number of works in the industry. She is also famous among the audience for her versatile roles in various dramas. She has given many hit drama serials and films. She made her name prominent in the industry. She has done best performance in the international award-winning film "Richard Pakistani".

Baji is now ready to go to Vancouver