Zarnak Sidhwa was born on 15 December 1972 in Karachi, Pakistan. She is a Pakistani chef. She is the part of Hum Masala TV show Food Diaries. There are so many good chefs, who are running their program on Masala TV. Chef Zarnak Sidhwa is also included among the list of the best chefs of Pakistan. She is famous for making good desserts.

Zarnak is one of the most famous chefs of Hum Masala TV. There are so many chefs who are doing their job so well and making tasty tasty foods and Zarnak is one of them. She started her cooking business 8 years ago from her home. She started cooking at a very young age. She belongs to the Parsi community, she used to Parsi dishes and she learned a lot in her career. The chef got a lot of recipes for baking, breakfast, dessert recipes, drink recipes, etc.

Chef also makes the best food for the month of Ramadan. She is the best at making cakes. Her cakes are very amazing. Her wedding cakes are extremely liked by the viewers. Zarnak's food is quite famous in public. People love to try her dishes at home. Zarnak learned cooking from famous different chefs.

Zarnak is a cooking expert from Karachi. She has made her name prominent in the world in a very short period of time. 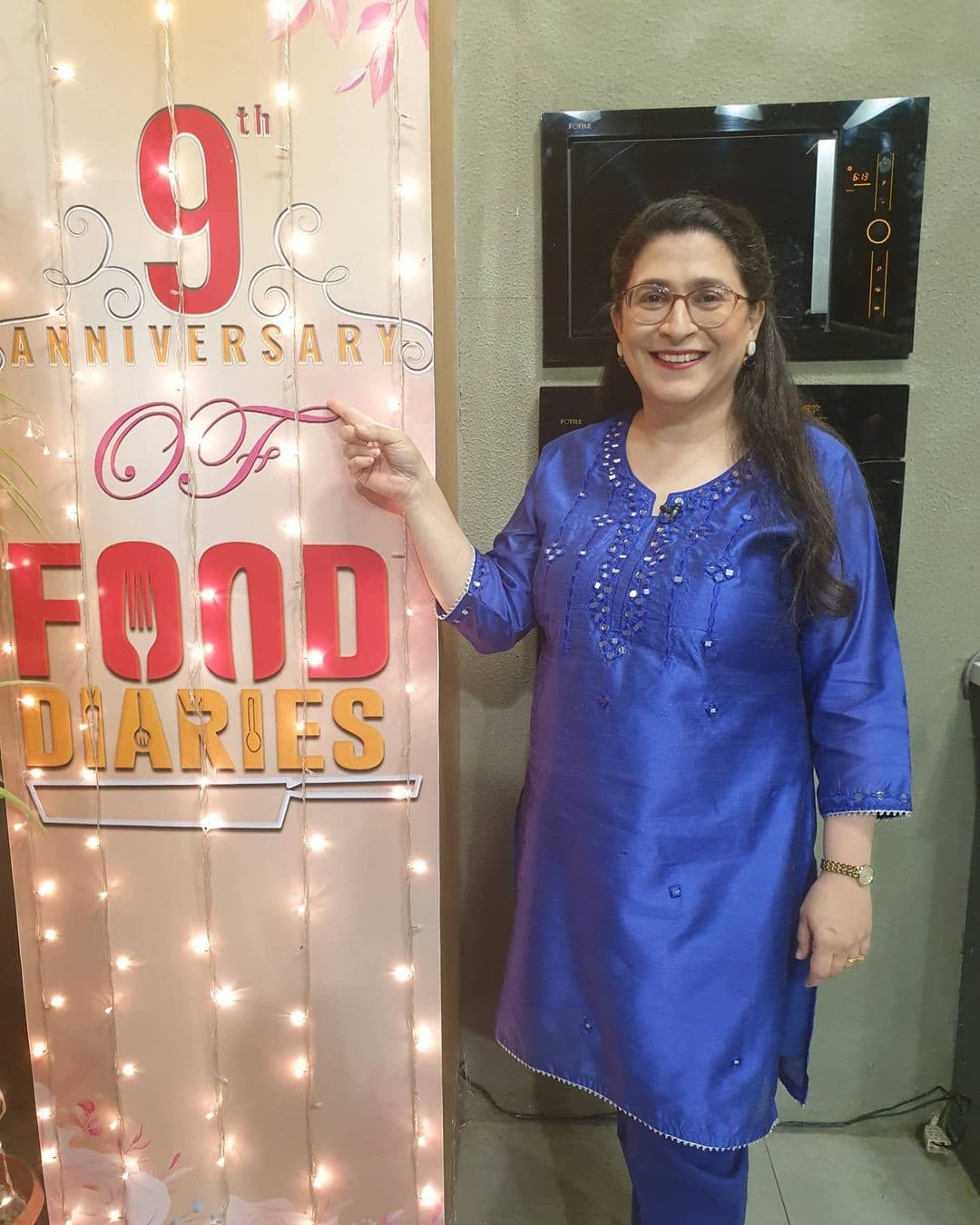 Zarnak is one of the most famous faces of Hum Masala TV. She is the best chef for making the best cakes. She is doing her job so well at Hum Masala TV. Zarnak has been doing Masala Festival for 7 years and she said that "Many people join this Masala Festival and I feel so honored when people ask for recipes and share their views of my recipes and try all the recipes which I shared on the Tv".

She said that "Many people meet me on the road, click pictures and share their love with me and I love everyone who shares their views on my recipes". She also said "I really miss Zubaida Apa at Masala Festival, she is whom I had learned so many things not only in my Cooking career but also in personal life. She is such a nice soul; she is kind and sweet to everyone".

Zarnak Sidhwa is one of the most famous chefs of Masala TV. She belongs to the Parsi community. She is famous for making different types of Cuisines, cakes. She started her career by making Parsi Recipes. After that, she has started making different things and she learned too many things with the passage of time.

She becomes an inspiration for every woman, they started following her and making her recipes at home. She said that cooking became my passion soon, and I started cooking at a very young age.

How could an army that could not defeat 8 million Kashmiris, will defeat the Pakistanis?