Stephen Edwin King was born in the Maine General Hospital in Portland on September 21, 1947. Nellie Ruth (Pillsbury), a caregiver at a mental institution, and Donald Edwin King, a commercial sailor, were his parents. His father was born with the surname "Pollock," but he went by the last name "King," which he shared with Stephen. David, his older brother, is his oldest sibling.

The Kings were an average family until Donald claimed he was going out for smokes one night and was never seen or heard again. Ruth took up the family's upbringing with the support of relatives. Over several years, they traveled across various states until returning to Durham, Maine, in 1958. King witnessed a tragic event as a boy when one of his buddies became trapped in some tracks and was carried over by a train. Although this fact may have influenced King's gloomy works, the same author has denied the possibility.

Stephen went to Durham elementary school and Lisbon Falls High School, where he graduated in 1966. When King reflected on his high school years, he noted that "My senior year of high school was uninteresting. I was neither at the top nor the bottom of my class".

He began writing a weekly column for the school newspaper, THE MAINE CAMPUS, during his sophomore year at the University of Maine at Orono. He was also involved in Student Government, sitting on the Student Senate. He became a supporter of the anti-war movement on the Orono campus, based on his conservative belief that the Vietnam War was illegal.

He earned a B.A. in English in 1970 and was certified to teach high school English. He received a 4-F on a draught board examination shortly after graduation due to excessive blood pressure, restricted vision, flat feet, and damaged eardrums. To help pay for his education, the King did part-time jobs, notably at a laundry. 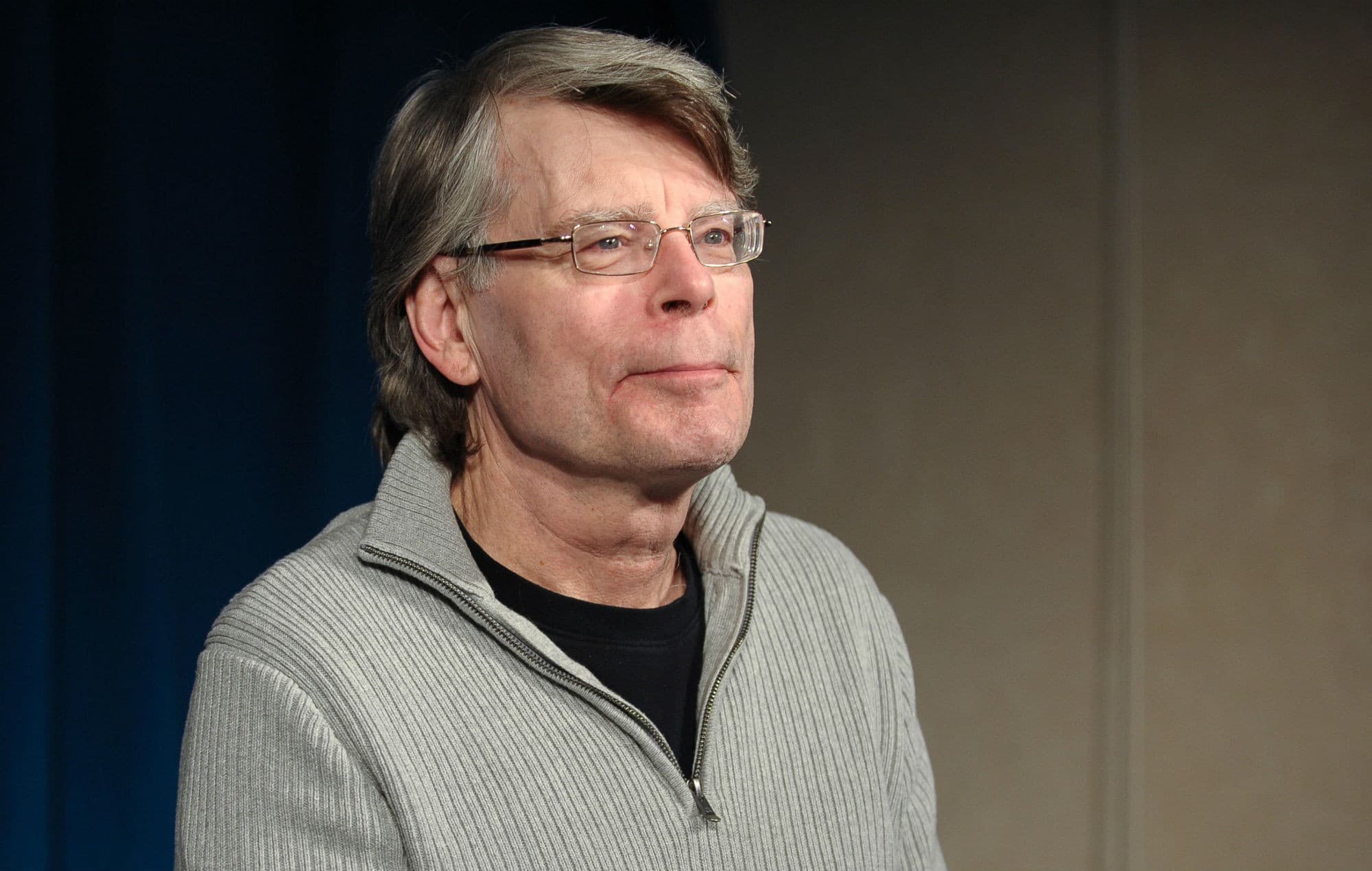 With the novel "The Glass Floor," he earned his first tiny sale of $35. For the luxurious amount of $1.25 an hour, King grabbed a job pumping gas at a filling station. Soon after, he began to make money from his work by sending short tales to men's publications like Cavalier. King started teaching at Hampden Academy in the fall of 1971, earning $6,400 per year.

When David and Stephen decided to start their local newspaper, "Dave's Rag," in January 1959, Stephen began his actual writing career. David purchased a mimeograph machine, and the two collaborated on a five-cent-per-issue newspaper. In 1963, he and his close friend Chris Chesley collaborated on "People, Places, and Things—Volume I," a collection of 18 short tales.

"Hotel at the End of the Road," "I've Got to Get Away!" "The Dimension Warp," "The Thing at the Bottom of the Well," "The Stranger," "I'm Falling," "The Cursed Expedition," and "The Other Side of the Fog" were only a few of King's stories. A year later, King's amateur press, Triad and Gaslight Books, produced "The Star Invaders," a two-part novel.

With his tale "I Was a Teenage Grave Robber," King had his first official published appearance in the journal Comics Review in 1965. The narrative was around 6,000 words long. Stephen began teaching English at Hampden Academy, a public high school in Hampden, Maine, in 1971. He continued to write short tales and work on novels on the weekends and at nights.

Stephen started writing a short novella about Carietta White, an adolescent girl. He crumpled the sheets up and tossed them into the garbage after completing a few pages and deciding it was not a suitable narrative. Tabitha, thankfully, took the pages out and read them. Her spouse was urged to continue the record, which he did. He sent "Carrie" to Doubleday in January 1973. Doubleday purchased the novel in March. The novel's paperback rights were sold to New American Library on May 12 for $400,000. His contract said that he would receive half of the money, so he left his teaching position to pursue writing full-time. As they say, the rest is history.

Since then, King's work has been adapted into many short tales, books, and films. The "Master of Horror," as he's been dubbed, His novels have been published in more than 35 countries and have been translated into 33 languages. His books have sold more than 300 million copies worldwide. He and his wife continue to live and write in Bangor, Maine.

Over the years, his characters have changed:

Carrie, The Shining, and The Dance of Death were among his early works, all of which featured working-class families facing financial difficulties.

On January 2, 1971, King married Tabitha Spruce. They are the parents of three children. His three children, Naomi Rachel, Joe Hill, and Owen Phillip, are now adults and live independently. The Kings' sons are both novelists. In 2005, Owen King released "We're All in This Together: A Novella and Stories." Joe Holl, a pen name for Joseph King, released a collection of short tales called "20th Century Ghosts" in 2005 and a book called "Heart-Shaped Box" in 2007.

King was critically wounded in an accident in June 1999, when he was strolling beside a highway when he was struck by a car, leaving him in critical condition with damage to his lung, broken ribs, a broken leg, and a badly damaged hip. He was released from the Central Maine Medical Center in Lewiston after three weeks of procedures.

King and his wife own three houses and split their time between them. They have a Victorian mansion in Bangor, Maine, erected in 1870 and served as their primary abode for many years but is currently slated to become a museum and writer's retreat. They also have a summer house near the New Hampshire border in Lowell, Maine's lake area. In Sarasota, Florida, the pair also owns a waterfront house on the Gulf of Mexico.

The King has a $500 million net worth. His works have sold over 350 million copies throughout the world. King has written 61 novels (seven of which were written under the pseudonym Richard Bachman) and six non-fiction works. "Carrie," "It," "Stand by Me," "The Shawshank Redemption," "The Stand," "Misery," and "The Shining" are among the many that have been adapted into successful films or mini-series. He's known as the "King of Horror."

King and his wife are philanthropists to the core. Every year, he provides almost $4 million to libraries, schools, arts groups, and local fire departments in need of updated lifesaving equipment like the Jaws of Life. The Stephen and Tabitha King Foundation, which King and his wife founded, is Maine's sixth-largest charity, with a yearly contribution of more than $2.8 million. In November 2011, King's charity provided $70,000 in matching funds to help households in Bangor, Maine, pay their heating expenses.

Rise to Challenge with the All-New Redmi Note 11 Series