Norman Eugene Brinker was born on June 3, 1931, in Denver, Colorado. His parents were Kathryn Brinker and Eugene Brinker. He belongs to American Nationality and his zodiac sign is Cancer. His sexual orientation is straight.

There are not many details about his parents besides their names. But he was the only child in the family and did many odd jobs before gaining success. He used to create a rabbit farm at the age of 10, buying and selling horses and making 120-mile long paper routes for the family. He was a very sincere and hard-working guy from his early days.

He died on 9 June 2009. He died at the age of 78 in Colorado Springs, Colorado. Despite his death, he is living in our hearts and memories.

Besides being a hardworking student he was a sporty person. He was part of the Summer Olympics 1952 in Helsinki Finland. Moreover, he competed in Pentathlon Competition at the worlds championship in Budapest in 1954.

After his graduation, he began to work at a small chain of diners in Sn Diego named Oscar’s. Bob Peterson was actually the owner of Oscar and Jack in the Box. He has a second chain named Jack in the box. Looking at the dedication and success bob was impressed. Considering the fact that the fast-food business was growing fast he thought of expanding Jack in the box. Norman actually helped Bob in expanding his business flourish up to the Southwestern United States. Looking at his hard work he was promoted to the position of President and 20% stake in it. He considers Bob Peterson as his god after and mentor and takes many philosophical ideas and learns from him.

After getting immense success in the business he sold his business and moved to Dallas in the thought of opening a new one. His first step after moving to Dallas was a coffee shop which he opened after his name Brinks. The motive of the restaurant was to gather the population of 25-44 age group as well as develop an interest in inexpensive fast food. Again gathering success in this field he thought of moving towards a new Venture. He opened a new chain Steak dinner in 1966 for middle-class people. 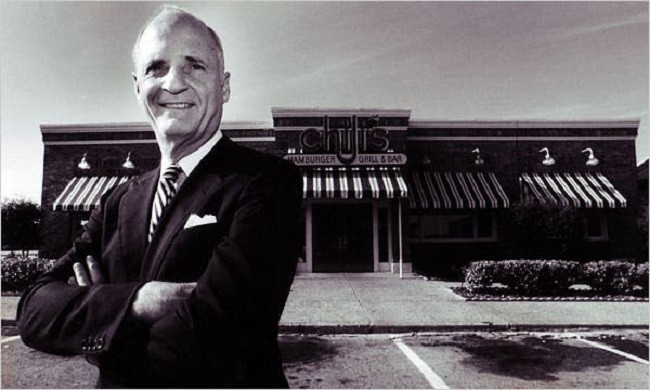 It was named Steaks and Ale and focused on proving affordable dinner to middle-class people. He created the modern concept of dining along with steak and Ale with a Salad Bar. He created the novel concept for his dining like serving salad buffet by the costumer themself according to their needs, common introduction of being the waiter for the guest and so on. With these kinds of attitudes, he creates a very natural and common environment between the customer and owner. With successful ventures over his business, he moved towards establishing a niche industry.

It was suited for all kinds of people and includes Fast food and Higher Price Gourment. In the year 1976, he was successful with the chain of 109 restaurants and was the one who successfully introduced the people of America to Chain Restaurants. After that, he sold his successful company to Pillsbury and consider the position in the company as Restaurant Division. He was provided with the position of  Executive Vice President and Company’s Board of Directors at Pillsbury’s Restaurants. Despite being the president of the company he develop the concept of Bennigan’s Chain focused to attract single people. Likewise, his new concept of ern Bar imposes him to take over the operation of the main fast-food chain, Burger king.

Around the 1980s the popularity of burger king began to fade. As a result, he worked to this strength up to 1982 and was promoted to the Presidency. He managed to run it up to 1982 with the new views o Burger King, Quik Work, and Poppin’ Fresh. But after a short time in 1984, he left the company and moved to Dallas towards his small ventures. After the closure of the company, the staff and workers moved to different places to sustain their life. There was also a publication of his name titled The Life and Leadership of Norman Brinker.

After his long successful career in Restaurants and business, he finally got retired in 1984. Considering the contributions he has given to us Norman was awarded the Nobel Peace Prize for Lifetime Of Work to feed a hungry world.

Despite being a successful restaurant owner he was involved in controversies in 1980. During this time when his business started to fade, he was asked to compromise and strengthen his position against McDonald’s. It was one of his biggest rival companies and disagree to that point. The buzz started to create after he initiate an advertising plan claiming that burger king was far better than McDonald’s.

This was the buzz of the town then which result in a collision. After that Mcdonald’s sued burger king with a complete lawsuit including the facts about disturbing their food chain. This scandal even dragged the child actress Sarah Michelle Gellar who promoted and ads for the company.

Norman has worked his entire life to establish a name for himself. With his many business ventures, he had earned an estimated net worth of around $800000 Million. His per week salary was around $8000, per month around $32000, and per year $ 400000. He was living a very standard and lavish lifestyle in his past with the income he made.

He had a long history of relationship Status. Firstly he married Maureen” Little Mo” Connolly in June 1955. They share a beautiful bond and she is a professional tennis player. They have two kids Cindy Brinker(Simmons) and Brenda Binker(Bottum). Maureen died on June 21 1967 at the age of 34 after battling 3 years of ovarian cancer. He married Magrit L.

Fendt on 7 March 1971 after the death of his first wife. After five years of marriage, they have two kids Christina and Mark. The relationship couldn’t end properly So, they end their relationship in 1976. After the failure of a second marriage, he married Nancy Goodman’s former wife Robert Leitstein. Goodman had a son from her previous marriage named Eric Blake Leitstein.

Eric later changed his surname to Brinke. Their relation becomes financial support to Nancy. Nancy has a foundation for her sister Susan G Komen named Susan G Komen for a cure. Brinker had a serious accident during his polo match and following the head injury, he was in a coma for 3 days. After his accident, he and Nancy had a divorce after 20 years of marriage. It was his fourth marriage with Toni Champman.

They tied the knot on 14 February 2014 at Mesa Vista Ranch in Pickens. It is located in the north of Amarillo in pampa texas and married at the age of 78. Brinker had a sudden death in the year 2009 June 9 following Aspiration Phenomia just six days before his 78th Birthday. He was then on vacation in Colorado. There are not many details regarding his body measurements. Though being a popular face he has a very unique personality. He was surely a handsome man at his early times.

Following the death of the successful person, there are not many details regarding his social media. But he must have an immense fan following due to his successful career.