Nabeel Zafar was born on 1st September 1967 in Faisalabad, West Pakistan. Nabeel is a Pakistani television actor. He is the humblest person and a multi-talented person in the Showbiz industry who has gained huge respect through his working career. He is best known for his comic roles in drama serials. He started his career in the 1990s. he is best known for his comic role in the super hit drama serial ARY digital "Bulbulay". He is also the resident of BOL Entertainment.

Nabeel Zafar is a prominent face of the Showbiz industry. He started his acting career in the 1990s. He always wanted to become an actor from his childhood and he makes this dream true through his hard work and struggle. He is best known for his comic roles and he is best known for his comic role in the super hit drama serial Bulbulay which was played on ARY digital.

Nabeel Zafar As an Actor:

Nabeel Zafar has been a part of the Showbiz industry since the 1990s who made his name prominent in the industry with his skills. He has been part of various Telefilms and has worked with many famous artists. The role which made him famous among the people is his comic role in "Bulbulay" with Ayesha Omer and Hina Dilpazeer. This drama was a blockbuster of his time. He also performed theatre from his starting days of career. After his success in acting, he tried directing and writing. 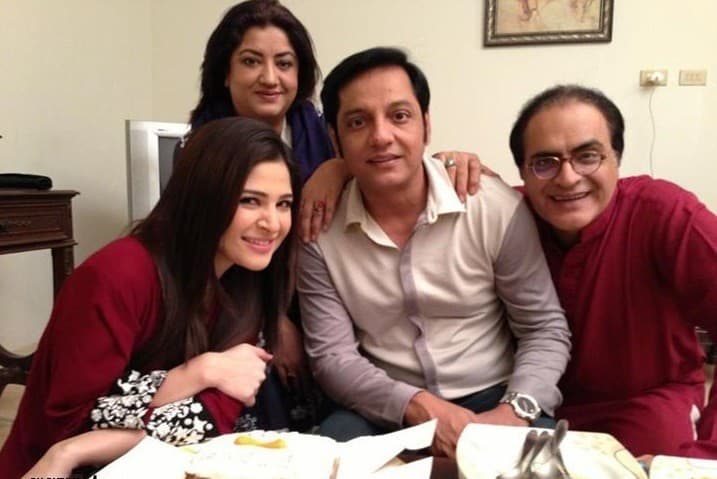 Nabeel Zafar As a Director and Producer:

Nabeel Zafar As a Writer:

Nabeel Zafar is a multi-talented person who not only acts, he also directs and writes dramas. The product which was produced at his production house was mostly written by him. The other projects include “Dugdugi'', “Love Ke Liye”, and many others.

Nabeel belongs to an ordinary family without having any artistic background. He grew up in an Islamic family and achieved his goals through his hard work and struggle. Nabeel is blessed with 2 sons and 1 daughter.

Actor and producer Nabeel Zafar and his team were recently on the front page for their episode for Pashtun. The episode was quite wrong and the documentary was all on the Pashtun community. After the episode, everyone was saying #BanBulbulay everywhere on social media.

To manage the situation and to answer the angry people the actor and producer Nabeel Zafar make on Twitter and clarify the situation and apologizes to everyone on the behalf of the show. He further adds that “I came across all the comments on Twitter and the hurt sentiments of the audience. This was not our intention to hurt everyone". Sorry for me and my team!

Nabeel Zafar Shares the reason why he is not attending Pakistan International Screen Awards:

Nabeel Zafar who was nominated at PISA shared a note on social media and shared the mishap that led him not to attend this international award. Everyone is taking pictures of the landing in Dubai, and rehearsals for the show, Nabeel Zafar said the management should be blamed. He adds that the management was asked to document travel. I and other actors are invited and they make mismanagement with us. That was an insult to me. He further adds that this was not the first time the management made errors. That's the reason I'm not attending the Show.