Iffat Omer was born on 8th August 1975 in Lahore, Punjab, Pakistan. Iffat Omer is also known as Iffat Rahim. She is a Pakistani former model, actor, and host of the Showbiz industry. She is also a director and a producer. She has done a lot of serials. She is best known for her performances in drama serials. Iffat has earned a lot of respect in acting and modelling as well.

Iffat Omer started her career in the 1990s. She has done many drama serials, many photoshoots for many magazines. With her amazing performances in different drama serials, she has gained the Best Actress Award.

Iffat Omer As an Actress:

Iffat Omer As a Model:

Iffat started her modelling career in the early 1970s. She has gained huge respect through modelling. She has worked with a lot of well-known designers and the brands of the country. Iffat has the potential to do work with full justice, and power. She has also done many photoshoots. 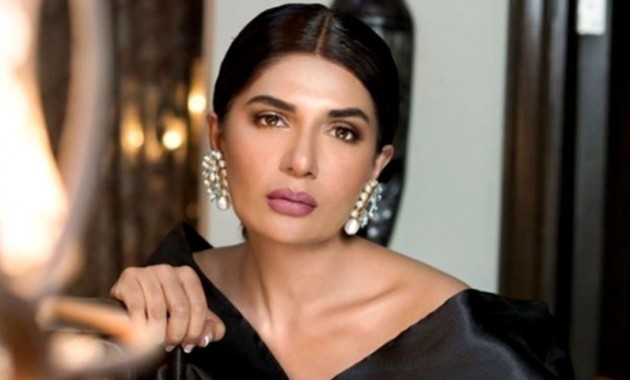 Iffat Omer As a Host:

Iffat Omer has started her hosting career with a show “Say it all with Iffat Omer” that was written by a Journalist Najam Sethi. She has invited various celebrities including Zara Noor Abbas, Noman Ijaz, Maya Ali, and many others.

Iffat Omer belongs to a non-artist family. She got married to CSS Officer Omer. She has a daughter from him

After completing her schooling from Escena Foundation, Gulberg, she went to Government Girls College Lahore, where she got the degree of Bachelors. She has done Masters in Fine Arts which she obtained from Punjab University, Lahore.

As we all know that Iffat Omer is a versatile and award-winning actress. Once she was invited to a show with some other well-known faces of the industry including Hareem Farooq and Ali Rehman. Iffat Omer has openly confessed in a show while shooting with her crush Rahat Kazmi who is playing the role of her father. She confidently asks for the retakes for a scene where they used to hug, she embraces the man multiple times. When she was discussing this scene she was continuously laughing and showing her behaviour.

After this, she uploads a video on her official Instagram account while justifying her “Tharak”. She says when this scene was happening in a drama serial when she starts hugging Rahat Kazmi she asks for retakes, she said this was not a ``Tharak" this is just an "Innocent Jhappi" and proves her innocence. But her statement in the video was so clear. In the end, she says that this was just an innocent Jhapi.

Iffat Omer faces too much after her Joke about Rape:

Iffat Omer is a well-known face of the Showbiz industry. She has given too many bad comments on the Motorway incident. We all know how serious an issue this is. In a talk show, she decides to joke on this issue. She crossed the line. Several people have agreed with the PM's decision for the rapist, but Iffat has found this so funny.

This clearly shows that she is commenting on the Government's decision and in a video, some harsh words have slipped from her mouth. The audience already knows her Innocent Jhappi Issue and there comes another one. So many actors and actresses make an issue of Iffat's statement. After that, so many famous actors and actresses have decided to protest on the roads for justice for women.

Iffat Omer was honoured with the Best Actress Jury Award for the role that she played in a drama serial “Mohabbat Aag Si” in 2010.