Hira Tareen was born on 24 October 1988. Hira is a Pakistani model, actress. She first appeared in Mohabbat Subh Ka Sitara Hai, Khuda Mera Bhi Hai, and Choti Choti Baatein. After this, she appeared in the film seedlings in 2013.

She is the prominent actress and model of the industry and the sister of Pakistani's Well-known actress Zara Tareen and the wife of Ali Safina. She is best known for her supporting roles in various dramas. Her support system and inspiration are her sisters Zara Tareen.

She is the daughter of Iqbal Tareen Sindhi who is the founder of the Sindhi Association of North America. She is not only an actress but she is also a famous VJ as well as a model. Her beautiful personality makes anyone fall in love with her. Hira's sister Zara Tareen is the owner of the H&Z ``Hira and Zara'' Modeling Agency. 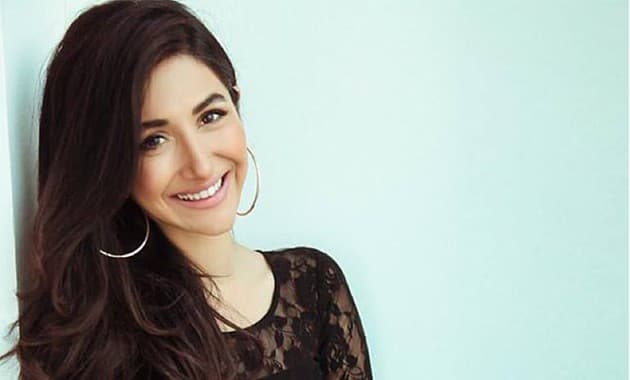 Hira started her career as a Pakistani host of local Channel Show "Maal Ka Sawal". By this show, Hira gained huge popularity through this show. Hira wants to become a supermodel by her hard work she achieves her goals. Hira has done many photoshoots for many designers and many magazines.

Her first TV serial was "Mohabbat Subh Ka Sitara Hai” on Hum TV in 2013. After this Hira appeared in many TV serials and gained huge fame and popularity include “Mohabbat Ho Gayee Hai Tumse" "Tum Kon Piya". She is married to the famous actor, VJ, and RJ Ali Safina, best known for character "Takaa" in "Taake Ki Aye Gi Baraat".

Hira started her Showbiz Career by hosting a show which was played on local channel "Maal Ka Sawal". Through this show, she got too much popularity and fame. And this sow becomes an achievement for her profession.

Since her childhood, she wanted to become a model because this is her dream. By her hard work and struggle, she made it possible. She has worked for many designers and many magazines. She has done many photoshoots for many brands and she has been a piece of many styles’ weeks.

she is a well-known actress in this industry. Her supporting role in "Tum Kon Piya" with Imran Abbas, Ayeza Khan, and Ali Abbas made her prominent in the industry. In 2013, she appeared in "Mohabbat Subh Ka Sitara" with Mikaal Zulfiqar, Sanam Jung, and Adeel Hussain. She is working in many serials and now we all know her place in the industry. Hira and Ali both are seen together on different ramps of various fashion shows.

She married the famous actor Ali Safina in 2013. She has one child with him. 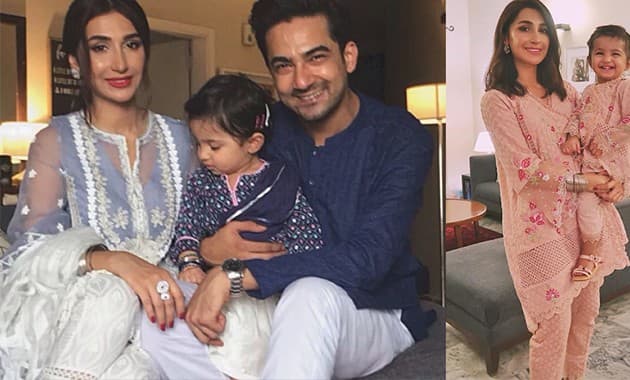 Hira belongs to a Pashtun family, but she is mostly settled in Texas in the United States. She has two sisters Shamayal Tareen and Zara Tareen. In 2013, she got married to a famous actor in the Pakistani industry Ali Safina the actor, anchor, host. Now both have a beautiful daughter named “Mahgul Ali”

She got married to her close friend Ali Safina who is the prominent face of the Showbiz industry and most famous for his character “Takaa” in Takee Ke Aye Gi Barat". They both married on 25th April 2013 in Karachi. Now they both are the parents of a beautiful daughter named “Mahgul Ali”.

Hira is the sister of a well-known face of the Showbiz industry "Zara Tareen". She shares a strong bond.  She is the prominent model and actress of the Pakistani Showbiz industry. Hira and Zara are also the heads of the H&Z Modeling Agency. They both are very successful in their professions.

Hira started her career as a host in the show “Maal Ka Sawal” on the local channel from which she gained a lot of fame and popularity. She is a famous model and actress and she has worked for various brands and magazines also. She has worked for many designers as well.

Hira Tareen Talks About Her Marital Problems Overcoming to Them:

Hira Tareen is a beautiful actress. Once she was invited to a show as a guest. Hira discloses some secrets. She is married to the famous Pakistani actor, VJ Ali Safina. She said we both have faced many ups and downs together. She further said that jealousy is a part of human life, but we all know what's right and what's wrong.

Hira and Ali Safina prove that age difference doesn't matter. They prove that only understanding and trust matters. Hira and Ali both are lucky to find each other. They both find best friends in each other as well. They both said that we are opposite in some ways but our target is always the same and we make a perfect team. Hira said that I share a lot of good memories with Ali and we both make a perfect couple.

She said that we both meet and fall in love; we both are attached to the Showbiz industry. We work together for many brands and many designers, and we both are living a blessed and happy life with our daughter Mahgul.

Want to Upgrade Your Device on a Budget? TECNO Spark 7 Series Is Your Answer