Hamza Ali Abbasi is the most esteemed name of the Pakistani Media Industry, he is now a famous actor and Director by profession but originally he worked as CSS officer in the past as he qualified his CSS exam.

He is adored by all as he has a charming appearance and conscience, known as one of the boldest actors of the industry. He is a son of a Pakistani politician Nasim Akhtar Chaudhry.  He is widely known for his super hit roles as Afzal in the drama serial Pyarey Afzal, and as Salahuddin in the drama serial ‘Mann Mayal’. Abbasi first initiated his acting career in 2006 in the play Dally in the Dark, which was produced by Shah Shahrahbeel.

He was born on 23rd June 1984 in Multan where he spent his early days. Currently, he is a resident in Karachi with his family.

Hamza Ali Abbasi went abroad for higher studies after completing his college. he did his Bachelors in International Relations from the United States then came back to Pakistan continued his masters in the same subject from the Quaid e Azam University Islamabad.

After qualifying his CSS exam he worked as a CSS officer, which he later left for his acting passion.

The Hamza we know polished his acting skills by acting in theatre before staring on the big screen. He played on-screen characters in a few plays, for example, Bombay Dreams, Phantom of the Opera, and Home are Where Your Clothes Are.

He gave the direction a try with a directorial debut, in the movie Mud House and the Golden Doll,

After showing his talent as a Theater actor/director he debuted on the small screen debut in 2012 in 'Meray Dard ko jo Zuban Milay' opposite Sarwat Gillani in a negative role. But the serial that made Hamza who he is in the industry is 'Pyaray Afzal' which he did opposite to the alluring Ayeza Khan. He received unlimited love and appreciation for that serial and even gained the Best actor award for it.

In 2016 he did another blockbuster serial opposite Maya Ali and Ayesha Khan in the drama 'Mann Mayal'. He is recently starring in the drama 'Alif' opposite Sajal Ali which is going to be released in 2019, the drama is based on a novel written by Umera Ahmad.

Hamza after his drama in 2012 hit the big screen instantly in 2013 with the movie 'Waar' of Bilal Lashari opposite Shan Shahid, Ayesha Khan. His first film earned him an award of Best Supporting actor in ARY film awards which was a big achievement for him.

The same year he acted in another Pakistani movie 'Main Hoon Shahid Afridi' along with Humayun Saeed, Nadeem Baig, and many others. The film was an instant hit.

In 2018 which Hamza gave the special appearance in the movie by Nadeem Baig. Also in the same year, he became a part of Haseeb Hassan's  Pakistani aerial combat-war romantic film 'Parwaaz Hai Junoon' along with the rising stars Ahad Raza Mir and Hania Amir.

This films strong cast and the bold storyline was appreciated by all and managed to earn 50 crores plus.

But in all these dramas and films the most awaited movie all viewers are waiting for is 'The Legends of Maula Jatt' opposite Mahira Khan, Fawad Khan and Humaima Malik. The film is expectedly releasing this year in 2019. The cast selected for this movie consists of all the leading stars of the media industry and is expected to be a blockbuster.

As an Actor, He starred in 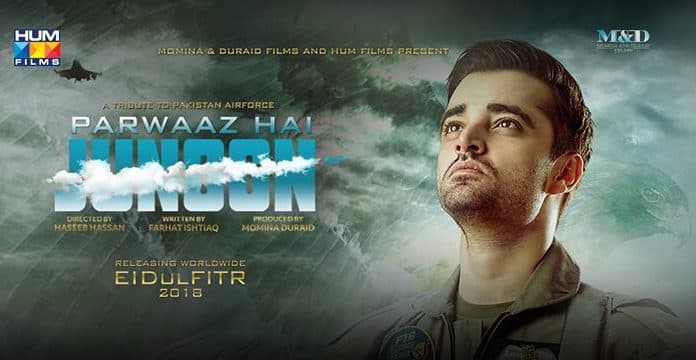 Hamza Ali Abbasi As a Director

Mudhouse And The Golden Doll

Hamza Ali Abbasi As a Host

Dally in the Dark

Home is Where Your Clothes Are

Phantom of the Opera

WHAT IS HAMZA UP TO THESE DAYS?

Hamza will be seen in The Legends of Maula Jatt' opposite Mahira Khan, Fawad Khan and Humaima Malik. The film is expectedly releasing this year in 2019. And will also be seen starring in his drama named ‘Alif’ opposite to Sajal Ali in this year as well.