Eshal Fayyaz was born on 12th September 1991 in Karachi, Pakistan. She is a Pakistani actress, model. Eshal Fayyaz entered the industry through modelling after that she appeared in various drama serials and she grabbed the attention of the viewers easily by her acting. She belongs to a non-artist family and she amazed everyone by her acting and modelling.

She started her career in 2011 as a model in Karachi fashion Week. After this, she has been seen in a drama serial “Abro” with Noor Hassan. Besides this Eshal has remained Brand Ambassador of various important occasions such as Pakistan Fashion Week London season 8, Hira Lari Lawn, etc.

Eshal Fayyaz As an Actress:

She made her small screen debut in 2015 in the drama serial “Abro” with Noor Hassan, Hina Altaf, Arisha Razi, and others. This drama serial was considered the best serials of 2015. After this, she has been seen in various drama serials. A few of her serials include "Paimani”, with Fatima Effendi, Asad Siddiqi, and others, “Khidmat Guzar” with Hina Altaf, Usman Peerzada, and other serials.

After this, she made her big-screen debut in 2019 in the movie "Kaaf Kangana” with Ayesha Omar, and Sami Khan.

Eshal Fayyaz As a Model:

She has entered the industry as a model at a very young and she grasps the attention of everyone at a very young age by her acting. She has done numerous photoshoots for many recognized brands, designers, and magazine covers. She has been seen in various Pakistani advertisements, including Mobilink, Jazz cash, etc. she has worked with various brands including “Deepak Parwani”, “Gul Ahmed”, “Khaadi", etc.

She has done A-Levels from Karachi

Eshal Fayyaz ready to appear in Farooq Mengal’s next film:

She is an emerging actress. She is ready to appear on a big screen once again. She has recently signed a film with talented director Farooq Mengal. Eshal has become famous for her film Kaaf Kangana that was directed by Khalil-ur-Rehman. She has made her comeback with an upcoming project of Farooq Mengal’s film.

Eshal Fayyaz  Denies the Rumors about her marriage with Khalil-ur-Rehman: 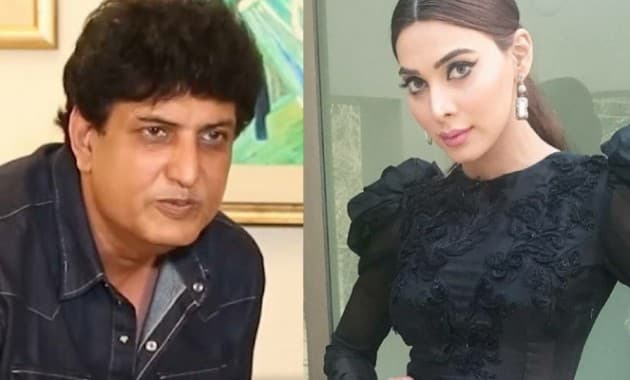