Right from the start, it shows a comic streak inspired by Richard Pryor. At 14 he went to Harlem where he studied acting. After his parents separate, he stays in Washington, where he graduated in Theater Arts in 1991.

Chappelle is a famous artist of American television, notably with his sketch show Chappelle's Show, broadcast on Comedy Central from 2003 to 2006. Heir to black humour close to Richard Pryor (cult actor of the Harlem Nights), he is known for its engaged, scathing and sometimes aggressive stage tone.

Dave Chappelle born on Aug 24, 1973in Washington, DC is the son of William and Yvonne Chappelle, both are university professors. He grew up in Silver Spring in Maryland. As a child, with his father who is a professor at Antioch Midwest University, he spent summers in Yellow Springs, stays that marked him for their rural serenity, so much so that in 2005, he bought a farm there to relax from his tours.

Dave moves to New York City to pursue his dream of becoming a comedian, and since the age of 19 he has made himself known within the New York scene. In these same years, he participated in numerous films as an actor, also appearing in Robin Hood: Men in Tights in 1993. Three years later, in 1996, Dave Chappelle played the character, Reggie Warrington, in the film "The Nutty Professor".

In 1997 he was an inmate in the movie Con Air, starring Nicolas Cage. In 1998 he signed the screenplay and starred in the film Half Baked, which became a cult of the genre of "stoner" films, i.e. movies that revolve around the use of Marijuana.

Throughout the 1990s his reputation as a stand-up comedian continued to grow, and in 2000 he released his first hour-long show for HBO, called Dave Chappelle: Killin' Them Softly. In 2003, Chappelle's Show debuted on Comedy Central, a TV series created by Chappelle and made up of comic sketches written and performed by him and his trusted collaborator, Neal Brennan.

The show has a huge success in the United States but is interrupted during the third season due to personal problems of the same Dave. He decides to leave suddenly for South Africa, giving up a 50 million dollar contract.

From 2006 to 2012 Chappelle continues to appear in US clubs with his stand-up comedy pieces occasionally and sporadically on television, while still keeping out of the spotlight. From August 2013 he returns to perform on national tours as a comedian, regaining the fame of one of the best American comedians. In 2016 he signed a contract with Netflix for the release of several shows.

The company releases five of its specials, and Chappelle will receive three Grammy Awards for Best Comedy Album in a row, in 2018, 2019 and 2020. On October 27, 2019, Dave Chappelle received the prestigious Mark Twain Prize for American Humor in a ceremony at the Kennedy Center in Washington which was attended by numerous stars. 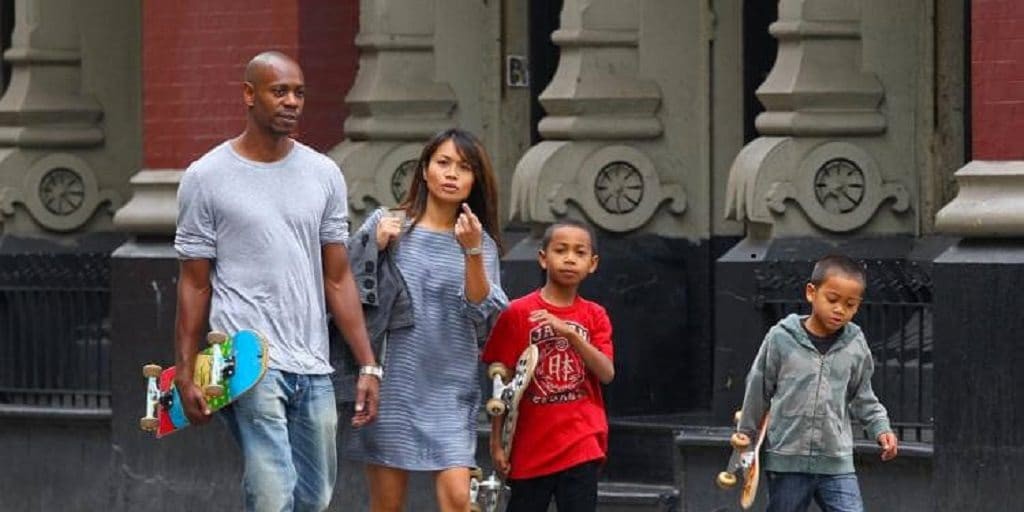 He is a fan of skateboarding, which he often practices when he is free from commitments.

Dave Chappelle declared "I do not usually speak publicly about my religion". Later, in another interview, he will claim to have converted to Islam in 1998, claiming he wanted to follow a straight path thanks to the Islamic religion, and his wife Elaine remains Catholic.