Adeel Chaudhry was born on 15th June 1988. He is a Pakistani actor, singer, and songwriter. He has worked on many televisions and many Hindi and Urdu films as well. Apart from acting, he also released his two albums.

He is a Pakistani model and actor who has received fame and popularity with all his looks and his actions without having any artistic background. He proves his acting and he got a chance to work with India because of his versatile acting. He is fully devoted to his work and career.

Adeel Chaudhry started his career as a model and he appeared on TV in the commercial of the very famous brand Pepsi in India. After this Adeel made his acting debut in the Urdu family drama serial “Yeh Zindagi Hai” in 2008, with Javeria Saud, Saud, and Moammar Rana.

Like many artists, Adeel Chaudhry has also started his career as a model. His good look and charming personality make it very easy for him to enter the modelling world. He did many commercials and works for many brands as well. 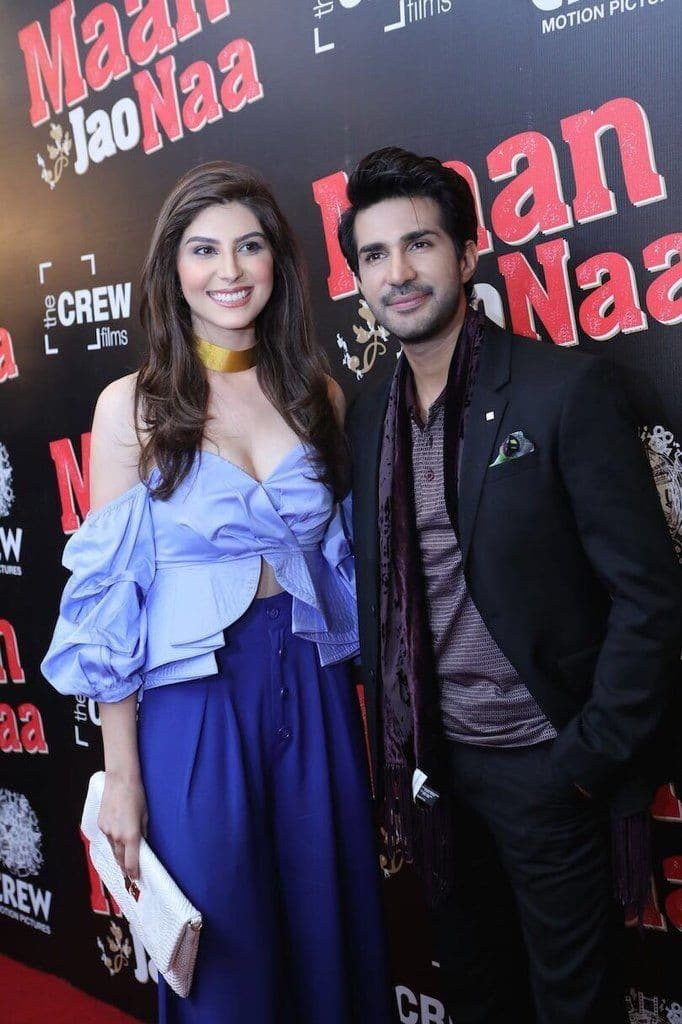 He made his first debut in 2008, on the small screen drama "Yeh Zindagi Hai". After this, he appeared in a drama serial "Kaisay Tum Se Kahoon" with Saba Qamar as a lead role. After this, he was seen in 4 drama serials including "Hiddatain", "Dil e Bekhabar”, and “Mohabbat Karna Mana Hai”.

Currently, he is working in the drama serial “Bharosa Pyar Tera" which was running successfully on television.

In 2014, he did an Indian movie “Bhaangarh" which was a horrible movie with Suzanna Mukherjee and Tom Alter. The song of this movie was sung by Adeel Chaudhry and Aniket and Kar. In 2016, he again worked in an Indian Movie "Rhythm". In 2018, he again made his debut in a Pakistani film "Maan Jao Na” with Ghana Ali, Hajra Yamin, and many others. The movie did a collection of 3 crores at the box office.

After acting he is also blessed with an amazing voice. In 2018, he released his first album “koi Chehra". Adeel Chaudhry has also sung the Indian Song "Move Your Body" which was one of the hit songs of the year and he won the award of "MTV Popular Choice" for his song.

He completes his degree of Bachelor in Dental Surgery from King Edward Medical University, Lahore. But because of his passion for Showbiz, he doesn't pursue his degree.

Adeel Chaudhry came back with “Munafiq”

His role in his drama was outstanding which was praised by the people and viewers showed a lot of love for him. He shows a quite different side in this drama confirming that he is so talented and places an amazing actor.

Adeel Chaudhry is known as a versatile actor in the Showbiz industry. He knows the importance of his work when he enters his acting career. Adeel Chaudhry is full of talents, an actor by choice, a singer by talent, a dentist by education and now he is leaning to be a Pilot. He has worked with Shahrukh Khan in three television commercials.

Not only this, but he has also worked with the legendary actor of Bollywood Amitabh Bachchan. Adeel Chaudhry got a chance to perform with him, in a conversation he says once Amitabh Bachchan Says that my mother is from Lyallpur (which was now known as Faisalabad). Amitabh Bachchan wanted to visit Pakistan and he wanted to explore his amazing places which enhances the beauty of Pakistan.

Adeel Chaudhry is a versatile actor, singer, and model. He is the first Pakistani actor who worked with the Indian actor Shahrukh Khan. He was admired by India because of his acting. Adeel Chaudhry got fame with his first album “Koi Chehra '', his latest song was “Kismat Konnection” with Shahid Kapoor and Vidiya Balan. He also got a chance to perform at Amitabh Bachchan's Wedding of his niece. Amitabh Bachchan requested Adeel Chaudhry to perform privately at his niece's wedding and he was appreciated by Bachchan's family. The event was attended by Abhishek Bachchan, Aishwarya, Anupam Kher, and others.

Adeel was a recipient of MTV Popular Choice Awards because of his song "Move Your Body" for the Bollywood film “Kismat Konnection”. Apart from his acting and modelling, he has also released his two albums. His outstanding performance in Bollywood films makes him more famous in Pakistan as well as in India.

We will ensure the best possible protection of the players' interests, Ehsan Mani