The United Nations says the coronavirus will reduce global tourist arrivals by 60 to 80 percent in 2020.

The United Nations-run World Tourism Organization (WTO) says travel bans around the world to curb the spread of the coronavirus and the closure of airports and borders have put the tourism industry in the worst crisis.

The statement said it was the biggest crisis facing the industry since tourism was set in 1950.

Tourist arrivals fell by 22% in the first three months of the year, to 57% in March alone, said Zorb Polo Lakashuli, secretary-general of the World Tourism Organization.

"The world is facing an unconventional health and economic crisis that has hit tourism hard," he said
And the jobs of millions of people are at stake as the sector, which plays a key role in running the economy, is badly affected.

The outbreak, which struck the Chinese city of Wuhan in December, has also hit airlines hard, with most flights grounded and hoteliers and tour operators battling for survival. 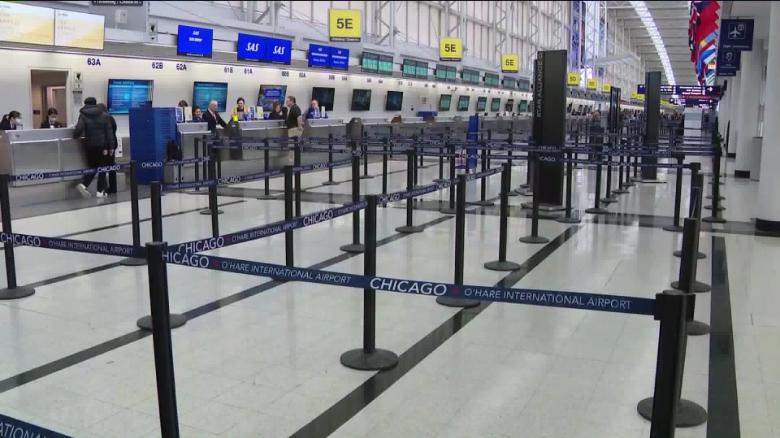 The United Nations predicted earlier this year that the tourism industry would grow by another three to four percent in 2020.
However, by the end of March, he had reconsidered his forecast and estimated that it would fall by 20 to 30 percent.

Now, however, the World Tourism Organization says the revival of the industry depends entirely on when the lockdown ends and when travel bans and border closures are lifted.

The agency said that if border closures and travel bans were lifted in December, it would hurt the industry by 78 percent, while if the matter goes ahead by September, the loss would be 70 percent.

In this situation, due to the lack of global tourism and travel, tourism is expected to lose 910 billion to 1.2 trillion, and in this case, 100 to 120 million people directly connected to the tourism industry may lose their jobs.

The United Nations says most experts believe that the signs of improvement are likely to come in the last quarter of 2020, but it looks like it will only be possible in 2021 when local tourism is more competitive than international tourism. But tourism and flights will start soon.

Companies have banned their employees from traveling since the epidemic, and global trade shows have been canceled.

In this regard, travel experts in Africa and the Middle East are very optimistic about the speedy recovery, but American experts are very disappointed in this regard and they think that the revival of this industry is not possible before 2021.

In 2019, world tourism recorded a 4% increase and most tourists visited France, followed by Spain and the United States.

The last decline in the global tourism industry was seen during the global recession in 2009 when the industry suffered a 4% decline.

It is worth mentioning here that the tourism industry contributes 10% to the global GDP and jobs.

Humayun Saeed made fun of the Adnan Siddiqui on instagram